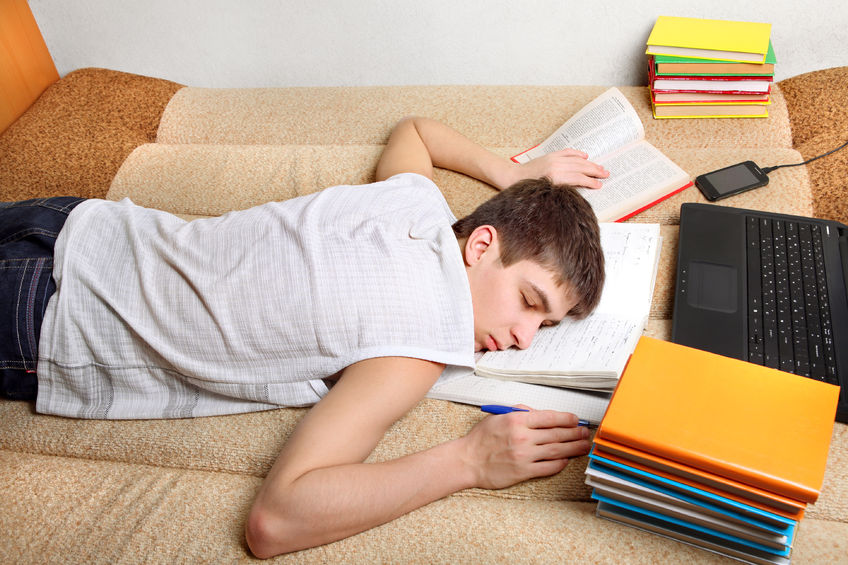 Many teenagers may feel that they can catch up on sleep later in adulthood. However, there are some serious consequences to skipping shut-eye, and sleep experts have noted that quality sleep during teenage years is critical for a brighter future.

As your household prepares to get back to school, The Huffington Post encourages you to keep in mind some of physical and mental health risks that have been linked to sleep loss:

Mental health risks: Without the proper amount of sleep, teenagers become extremely vulnerable to mental health issues, including depression and having suicidal thoughts. While one study found that teenagers who only slept 6 hours a night were 3 times more likely to suffer from depression, another found that every hour of missed sleep for teenagers is linked with a 38% risk of feeling hopeless or sad, as well as a 58% increase in suicide attempts.

Learning and behavior issues: Sleep has a direct impact on how we learn and interact with the world. It’s not too surprising that teenagers that who go to bed late have poorer academic performances and more emotional stress. As quality sleep boosts our memory, emotion regulation and learning skills, young teens cutting their snooze short are more likely to be impulsive, hyperactive, combative, and inattentive.

Obesity risk: According to one study, teenagers who aren’t tucked in on time are at a higher risk of developing obesity and diabetes later in life. Sleep deprivation makes us crave poor food choices, makes us less likely to exercise and hinders our ability to know when we are full.

Substance use and abuse: As sleep loss increases, so does the risk of using and becoming dependent on alcohol and drugs. Additionally, sleep issues predicts dangerous substance-related behaviors, including drunk driving, binge drinking and risky sexual behaviors.

Medication dependence: Teenagers who are prescribed sleep or anxiety medications are 12 times more likely to abuse their pills, compared to those who aren’t. Ask your teenager’s doctor or sleep specialist about drug-free treatments, including the effective treatment of cognitive behavioral therapy.

Make sure every member of your family is getting the right amount of quality sleep for their age group, and encourage healthy sleep habits. Tucking in on time every night is one of the best ways to help your children boost their GPA, be more successful at sports, enjoy better friendships, and so much more!