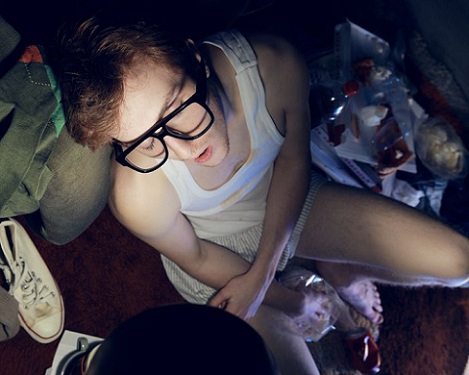 If you’ve ever woken up suddenly from a deep sleep, feeling dazed, confused and couldn’t recall the experience later, you could have a sleep disorder known as “sleep drunkenness.”

With the CDC estimating that 50-70 million adults in the U.S. have a sleep or wakefulness disorder, there is a great chance that you may have gone undiagnosed. Published on August 26, 2014, in the print issue of Neurology, new research is shining light on sleep drunkenness disorder, which may affect 1 in every 7 people.

Also known as “confusion arousal,” these episodes involve confused and inappropriate behavior during the beginning of the night or early in the morning, such as answering the phone instead of turning off a loud alarm. If a person having an episode was forced awake, the behavior can become violent or they may not be able to recall experiencing anything regarding the episode.

Conducted by Dr. Maurice M. Ohayon with Stanford University School of Medicine and his team, the study included interviewing 19,136 participants in U.S., age 18 and older, about their sleep habits, any mental illness diagnoses, medication usage and if they experienced any symptoms of sleep drunkenness disorder.

According to the results, 15% of the participants had experienced the disorder in the last year, with more than half of those affected experiencing more 1 episode per week. Interestingly, 84% of the participants with sleep drunkenness also had a mental illness (37.4%), taking psychotropic drugs such as antidepressants (31%), or had a sleep disorder (70%).

People who also had a mental disorder, those with PTSD, bipolar disorder, depression, anxiety or alcoholism were the most likely to experience sleep drunkenness. Among those taking psychotropic medication there was a linked found between both short and long sleep and the sleep disorder. Sleep apnea was also found to increase the chance of having sleep drunkenness.

“These episodes of confused awakening have not gotten much attention, but given that they occur at a high rate in the general population, more research should be done on when they occur and whether they can be treated,” said Ohayon. “People with sleep disorders or mental health issues should also be aware that they may be at greater risk of these episodes.”

Always speak to a licensed physician if you suspect that something isn’t right with your sleep. It could trouble falling asleep, staying asleep or not feeling like you slept at all when you wake up in the mornings. You deserve to get the benefits of high-quality sleep every night. What do you think of this mind-boggling sleep disorder?