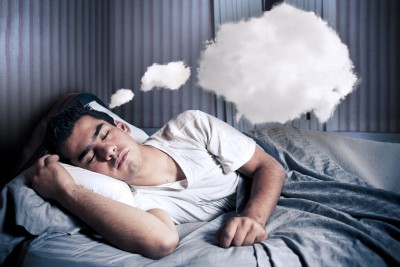 Dreams can be tantalizing and terrifying, surreal and so real – all at the same time. But, what happens when we dream? Many people suggest that dreams have meaning; and to take heed of the scenes that play out while we sleep. Others believe it is a way for our minds to deal with all of the information that we’ve come in contact with throughout the day. Regardless of who is right on that point, it has been shown extensively that our brains don’t sleep while we do. Here are a few bits of information about dreams that you might not know:

Dreaming may help us problem solve: Deirdre Barrett, Ph.D., teaches at Harvard Medical School and has been researching dreaming for 10 years. One of her theories about the dream state is that it helps us solve problems. She dove into this notion in a study involving students. Barrett had them look over a math problem—which they did not known the answer to– for a week, prior to dozing off for the night. After that week had passed, around 50% of the participants had dreamt about the equation; around 25% reported an answer being present in their dreams.

Some people can control their dreams: Lucid dreaming is a practice that dates all the way back to 415 AD. The term, “lucid dreaming,” referrers to the person that is asleep, being aware that they are in a dream–and not awake. In turn, it is then possible to control one’s dream. Lucid dreamers often perform checks such as trying to flip a light switch to see if it works, to assess whether or not they are dreaming. Reports of being able to fly, or walk through wall are not uncommon. This kind of dreaming can be helpful if someone is experiencing a nightmare, because it allows the person to escape from the situation they are in, as opposed to feeling trapped.

Dreams can relieve stress: A study at the University of California, Berkeley, found that dreams can help people cope with stress. Researchers showed 35 adults in good health stress-inducing pictures such as someone holding a gun, and observed how their brains reacted. Magnetic resonance imaging (MRI) machines were used to record their brain waves. Next, half of them went to sleep before being shown the same images. The other half of the participants did not. After having their brains scanned again, those that slept were not as adversely affected by the stressful images. Furthermore, their brains showed less activity in the amygdala, which is the area of the brain that handles emotions.

Sleep Apnea Sufferers More Likely to Doze Off at the Wheel
Should I Exercise Before I Sleep?