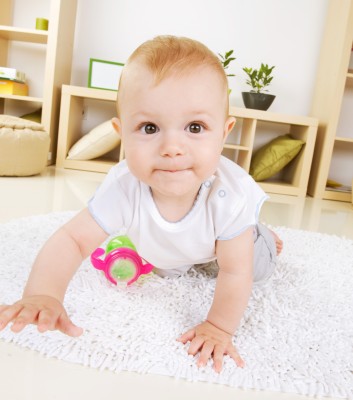 New research presented by Dr. Dina Cohen, of the University of Haifa’s Department of Counseling and Human Development, in Israel, shows that when infants begin to crawl, they tend to wake up more frequently at night. By keeping an eye on 28 babies in good health for 11 months, researchers were able to determine that they all began crawling at around 7 months old. Running concurrently with their observations were non-invasive trackers, which gathered information about the babies’ sleep habits.

After they began crawling, the amount of time that babies spent awake at night increased, as did the number of times they woke up. Interestingly, the babies that began crawling prior to their peers were generally more active in their sleep, showing signs of movement and waking up.

Dr. Cohen had this to say on her findings, “It is possible that crawling, which involves a vast range of changes and psychological reorganization in the babies’ development, increases their level of arousal, influences their ability to regulate themselves and causes a period of temporary instability that expresses itself in waking up more frequently,” although the root cause is unknown at this time.