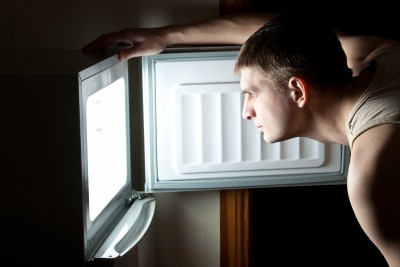 Sleep disorders are on the rise in the United States, with more that 40 million Americans living with chronic, “long-term sleep disorders,” according to the Anxiety and Depression Association of America. It is no surprise, then, that many—some disturbing—actions and experiences while asleep are cropping up as well. Are you familiar with any of the things on this list?

Dr. Kirstie Anderson, who runs the Neurology Sleep Service for the Newcastle Upon Tyne NHS Foundation Trust contends that more and more people are self-reporting sending text messages while asleep. According to BusinessWeek.com, there are 8 trillion text messages sent each year. Dr. Anderson says, “It is very common for people to do things in their sleep that they do repeatedly during the day.” Considering many of us keep our cell phones within arms reach while dozing off for the night, perhaps this is not a surprise. It is currently unclear what exactly is happening in our brains while we complete the action, because it is not often replicated while people are in controlled environments (such as a sleep clinic).

Nocturnal Eating Syndrome is used to describe serious cases of sleep eating. But most times, this startling experience is not terribly detrimental to one’s life—albeit confusing. Those that have done it may have little to no memory of eating that piece of cake in the refrigerator. Dr. Anderson said of sleep eating, “Sleepwalkers will often do simple things that make some kind of sense, like eat when having gone to bed hungry or dieting during the day.” However, it can certainly become an issue if the person is frequently consuming a lot of food while asleep—which can lead to other health problems.

From what sounds like a bomb exploding, to thunder or lighting, Exploding Head Syndrome occurs when an individual is suddenly awakened by a loud noise—seemingly with no cause for it. While it is rare, the disorder dates all the way back to 1920, when Robert Armstrong-Jones wrote on the subject. “People hear a really loud bang or explosion as they are drifting off to sleep, and then work out that it can’t be external as no-one else heard it. Sometimes people get bright flashes of light,” says Dr. Anderson. While the episodes are scary, they are not detrimental to the person experiencing it. Unless, it occurs frequently, which can cause the person to develop anxiety surrounding going to sleep.

Do You Let Your Teenager Sleep In?
Sleep Disorders Shown to Lead to the Onset of Depression