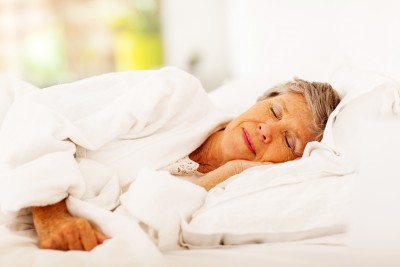 Stanford University assistant professor of psychiatry and behavioral sciences, Jamie Zeitzer, pointed to nocturia (the need to get up and go to the bathroom while asleep) as a potential catalyst for insomnia amongst senior citizens. According to her new study, 54% of instances in which the elderly woke up during the night were related to a need to urinate.

Resrachers observed sleep habits that older women and men who had insomnia, reported as well as how often they got up to urinate. The study showed that the amount of times someone’s some was interrupted to go to the bathroom was directly related to the quality of sleep they reported. The more they got up, the worse they felt their sleep was.

Zeitzer had this to say about the evidence from her study, “The results raise the clinical question of treating nocturia to help individuals with insomnia,” she continued, “That is, could much of the insomnia or poor sleep that occurs in older individuals be alleviated by treatment of nocturia? Of course, the opposite is quite possible — that proper treatment of insomnia might reduce the occurrence of nocturia.”