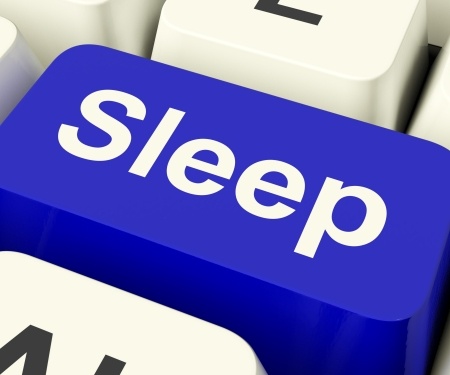 As sleep continues to get its much deserved time in the spotlight,  you may began to hear terms you’ve never heard before. To help make learning about shut-eye an easier experience or just to sound cool, check out these 15 words and definitions provided by About.com to expand your sleep vocabulary:

1. Bruxism: The involuntary act of a person grinding or clenching their teeth as they sleep. It may lead jaw pain, headaches, or tooth damage, and it mostly occurs during times of stress.

2. Cataplexy: A common symptom of narcolepsy, cataplexy is the sudden loss of muscle tone, causing weakness and sometimes temporary paralysis resulting in the person collapsing. It is often triggered by emotions such as anger, surprise, or laughter.

3. Circadian: Often used in reference to our “circadian rhythm,” circadian in Latin means “about a day,” and describes our 24 hour cycle.

4. Enuresis: Commonly known as bedwetting, it normally happens past the age that bedwetting should occur during deep sleep.

5. Hippocampus: Located in the temporal lobe of the brain, this structure controls learning and emotions, as well as plays a role processing memories as we sleep.

6. Hypopnea: Less common than sleep apnea, it is characterized by shallow breathing or reduced airflow that occurs for at least 10 seconds during sleep.

7. Jet lag: This temporary condition caused by traveling rapidly across time zones can lead to insomnia, nausea and other symptoms as the body’s circadian rhythm is thrown out of sync.

8. Macroglossia: While in children it’s often associated with Down’s syndrome, macroglossia refers to an abnormally large tongue that can block a person’s airway and cause sleep apnea.

9. Microsleep: This dangerous episode is defined as falling asleep for a fraction of a sleep up to 10 seconds, without realizing it. It often occurs when sleepy people try to stay awake, leading to serious accidents involving vehicles or heavy machinery.

10. Parasomnias: Characterized by abnormal sleep behaviors, it’s when people who are asleep carry out goal-directed and semi-purposeful actions, including sleep eating, sleepwalking and sleep terrors.

12. Somniloquy: This is the professional way of describing the act of talking one’s sleep.

Encourage a life-long, positive relationship with sleep between every member of your family.  Living a healthy, happy and productive life could be as simple is tucking for high-quality each night, including the weekends!