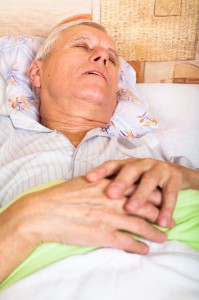 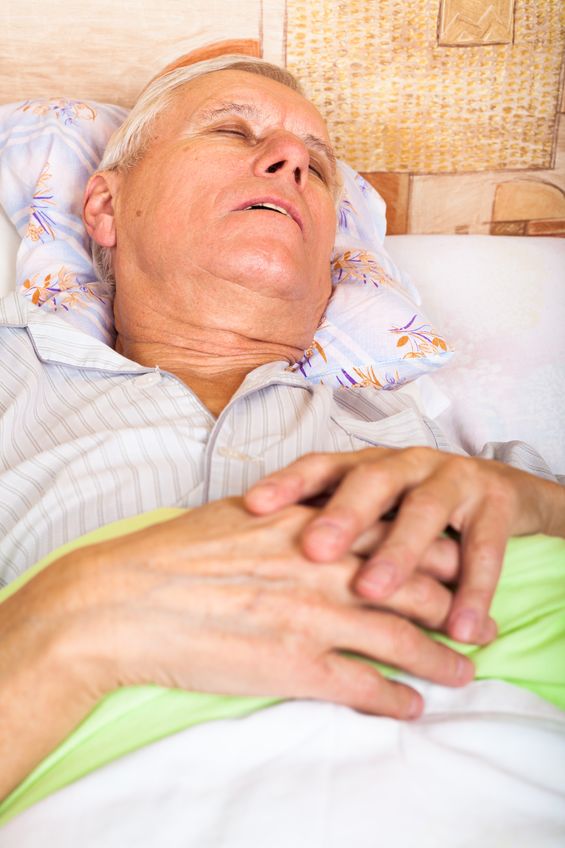 Sleep apnea has been getting increased more attention over the years, as its dangerous health risks are becoming much clearer. Even though the health effects are the same, not all sleep apnea is obstructive sleep apnea (OSA), there is also central sleep apnea.

Central sleep apnea is a chronic sleep disorder than occurs during sleep, resulting when the brain fails to activate the respiratory muscles responsible for breathing. This leads to a pause in breathing that may last 10 seconds or longer.  Unlike the standard OSA,–which is caused when the upper airway becomes temporarily obstructed or collapsed— in central sleep apnea, the airway remains clear of obstruction.

Apnea comes from the Greek and means “no breath”. As such, it is associated with drops in the oxygen levels in the blood. The brain detects this, and there is an effort to wake the afflicted person in order to restore breathing. Witnesses may observe noisy snoring, or irregular breathing at night and may even see pauses in breathing. As this occurs repeatedly during the night, it leads to fragmented sleep and overall less deep sleep. This may result in insomnia and excessive daytime sleepiness.

Although the exact cause isn’t known, the respiratory control center in the brain normally regulates breathing. If carbon dioxide levels are reduced below normal or if there is damage to neural pathways involved in respiratory control, there may be disruptions in breathing.

The instability of respiratory control is often seen in multiple neurologic disorders, such as Parkinson’s disease and multiple system atrophy. It may also occur in association with the Cheyenne-Stokes breathing pattern seen in patients with congestive heart failure.

Central sleep apnea can easily be diagnosed by conducting a sleep study called a polysomnogram. The pauses of breathing during sleep with a lack of effort to breathe will be recorded as a person spends a night in the lab. Cloth belts wrapped around your stomach and chest are used to measure breathing effort. They contain a sensor that can detect movement, and with central sleep apnea, the effort will decrease or stop entirely. It is also be possible to document drops in blood oxygen level and changes in the EEG suggesting sleep fragmentation.

Treatment is usually a face mask worn during sleep that provides a flow of air . The prescribed pressure alternates between two levels: one to breathe in (IPAP) and one to breathe out (EPAP). The air is pressurized by a small machine and delivered through plastic hosing to the mask. Oxygen may also be used.

It is vital to get sleep apnea treated as soon as possible. New experimental treatment includes a brain implant that will ensure that the brain continues sending a signal to breathe. Ask your doctor what the best treatment for your case is and get started on the road to better sleep!