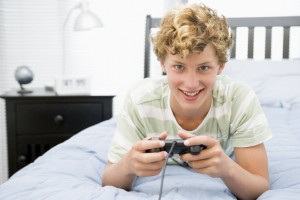 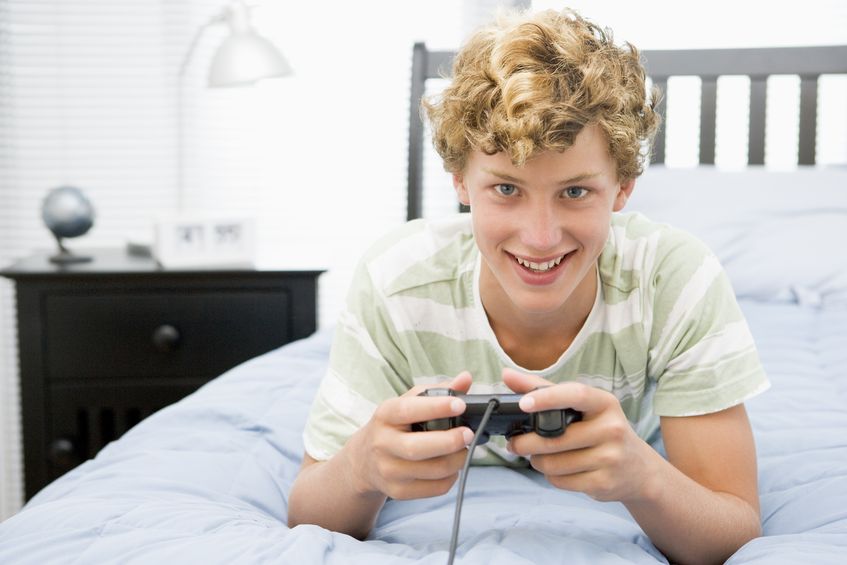 A new house rule can be beneficial in ensuring that children get enough sleep, remove the TV from the bedroom.

According to a recent study, having a TV, computer or video game system in the bedroom is linked to less sleep for boys. In particular, boys with autism tended to get less sleep when they had access to media in their bedrooms.

The more time the boys played video games, especially in their bedroom, the less sleep they got.

Led by Christopher R. Engelhardt, PhD, of the Department of Health Psychology at University of Missouri-Columbia, the study included 49 boys with Autism Spectrum Disorders, 38 boys with attention deficit/hyperactivity (ADHD) and 41 boys with typical development. All the boys were between the ages of 8-17.

Media use and “screens” referred to watching television, using the computer, playing video games or using any other kind of screen-based technology, such as tablets.

The differences in the amount of sleep were described in statistical terms along a continuum in the study, not in terms of number of average hours.

Regardless of development status, having media in the bedroom was linked to less time sleeping each night for all the boys. Getting less sleep appeared specifically linked to having a TV in the bedroom, not to how much TV the boys watched on average each day.

The researchers were able to determine that playing video games appeared to account for most of the media use in the bedrooms that was linked to less sleep among boys with autism.
Published in the journal, Pediatrics, the study findings suggest that media expose and sleep problems are more pronounced in boy’s with autism than among boys with ADHD or typical development.

Removing electronics from your children’s bedrooms is a small change to make to keep them healthy. Children need sleep to support their growing development. Protect the young minds of the future by promoting healthy sleep habits, including a regular bedtime.