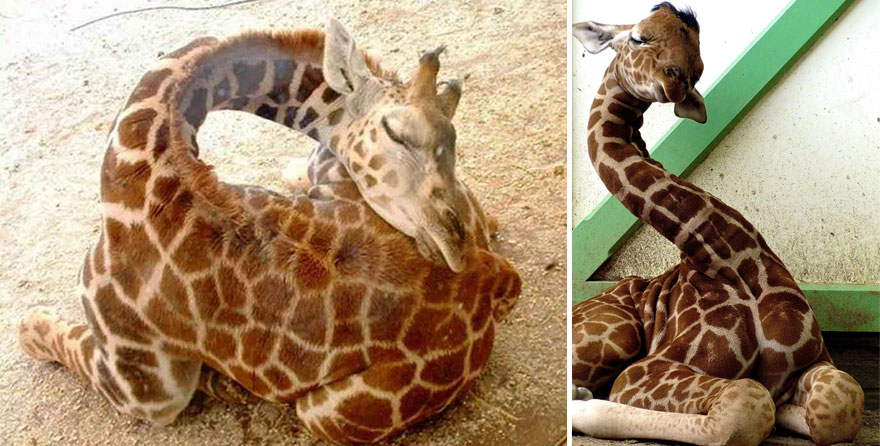 If you wish you could sleep less and do more, you may be a little of jealous of giraffes.

As researchers work to unlock more mysteries behind human sleep, studying how animals and insects collect their snooze has already led to some pretty big discoveries, including using squirrels and lemurs to learn about hibernation and circadian rhythms.

In the future, the ground work laid by scientists studying those animals may help to prevent and treat serious health conditions such as heart disease and cancer, as well as create the perfect hibernation conditions for humans to survive as they await major surgery while traveling.

However, studying the sleep of giraffes has been tricky, reports Earth Porm, as these mammals have lead researchers to believe they didn’t sleep at all until the 1950’s.

That’s because amazingly, giraffes require the least amount of sleep compared to all other mammals. Switch Zoo tells us that giraffes only sleep about 30 minutes a day for about 5 minutes at a time!

In fact, these tall mammals have plenty to worry about in terms of predators, and understandably getting up with their long neck and legs takes quite a bit of time. To solve the problem, giraffes have evolved their sleep habits to reduce the risk of being attacked.

The rare sight of a sleeping giraffe is simply adorable! They practically have a pillow in tow as they use their body to make a cushion to rest their head, but when they need a quick nap they can sleep standing up.

Learning the secrets of the giraffe could lead to some major sleep innovations and discoveries. Could you imagine if you only need half an hour of sleep each night?