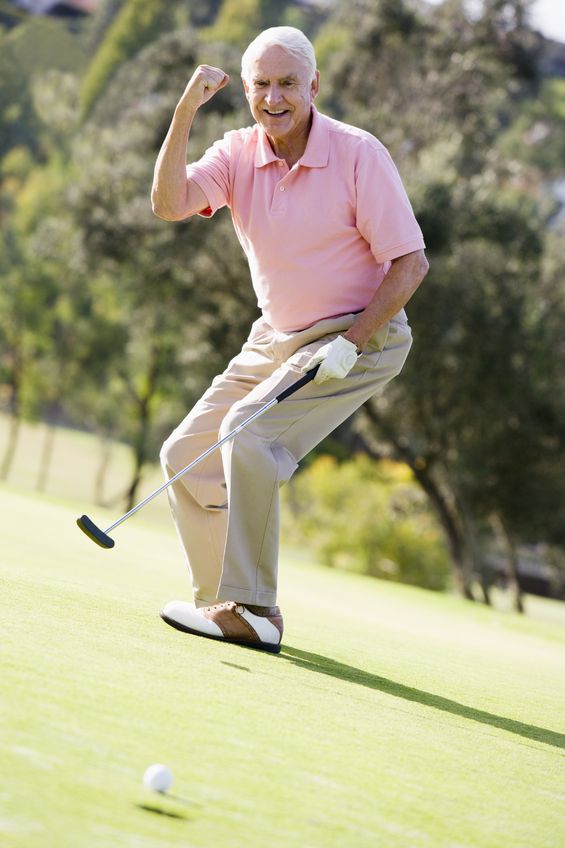 Have an upcoming golf game coming up, and need to knock out the competition? According to a new study, men can improve their golf performance by getting their obstructive sleep apnea treated with continuous airway pressure (CPAP).

Sleep apnea is a chronic sleep disorder in which a person stops breathing for pauses at a night as they snooze. This in turn leads to fragmented sleep, as well as feeling sleepy during the day. The condition has been linked to a number of health serious conditions, including obesity, heart disease, stroke, cancer and early death.

The Huffington Post tells us that the study included 24 men, who were an average age of 55 with moderate to severe sleep apnea. Half of the men underwent CPAP treatment for 6 months, while the others did not. Additionally, the participants’ handicap index was noted after playing 20 rounds of golf at the beginning of the study and at the end of study.

In golf, a handicap is defined as the average number of strokes shot over or under par, over time. It is often used as a reference of a player’s skill level; the lower the handicap, the better the person is at golf.

The results of the study found that the men received CPAP treatment not only slept better at night and had reduced daytime sleepiness; they also decreased their average handicap index by 11%. Among the men whose handicap was 12 or less, the average index decreased by 31.5%.

Golf is a popular game among men between the ages of 40-70 in the U.S., which is almost the exact age group most affected by obstructive sleep apnea.

Whatever the reason may be, getting sleep apnea treated is a worthy investment. Come talk to our GF Sleep Experts TODAY about finding the right quality mattress to improve your shut-eye! Sleeping better leads to a longer, happier life!