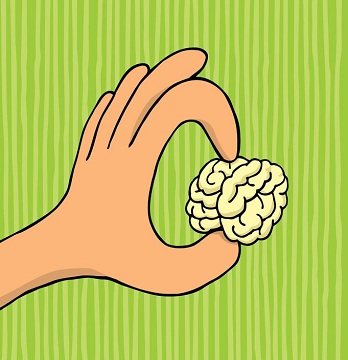 What are your reasons for making sleep a priority in your life? You may want to add another reason to your list thanks to the frightening results of a new study published this month in the journal Neurology.

Lead researcher Claire E. Sexton, DPhil with the University of Oxford and her team found that while our brains naturally get smaller as we age, poor sleep may them to shrink more rapidly— specifically in people over the age of 60.

The study included 147 adults who were between the ages of 20 and 84 years old. Researchers analyzed the link between their sleep issues, which were discovered by survey, and their brain volume. Each participant underwent 2 MRI brain scans that were about 3.5 years apart.

Among the participants, 35% reported poor sleep quality, including problems falling asleep and using sleeping pills. Sexton found that their brain scans showed a more rapid decrease in the temporal, frontal, and parietal lobes of the brain.

How important are those parts of your brain? According to the National Institutes of Health, the frontal lobe is associated with problem solving, decision making, emotions, and purposeful behaviors. The temporal lobe handles memory, language, hearing and learning, while the parietal lobe receives and processes sensory information,  such as turning words into thoughts.

“It is not yet known whether poor sleep quality is a cause or consequence of changes in brain structure,” said Sexton.  “There are effective treatments for sleep problems, so future research needs to test whether improving people’s quality of sleep could slow the rate of brain volume loss. If that is the case, improving people’s sleep habits could be an important way to improve brain health.”