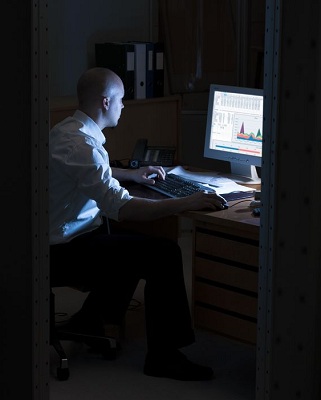 It isn’t uncommon for an employee to get a pat on the back from their employer because they cut back on sleep and put in more hours at work. However, both employees and employers may want to reconsider that sacrifice as new study has found a link between sleep and work absences.

Published last year in the journal Sleep, this was the first study to nationally take a look at how much sleep people are getting and its association with certified sickness as a work disability. Lead researcher with the Finnish Institute of Occupational Health Dr. Tea Lallukka, recently shared some insight on the results with The Huffington Post.

3,760 women and men in Finland revealed their sleep habits in a nationally health survey, which was analyzed and compared to the Social Insurance Institution of Finland, the national record of work absences due to illness that last more than a 10 day period.

Lallukka found that those who reported getting less than 5 hours or more than 10 hours of sleep each night, were more likely to call in sick, staying home 4.6-8.9 days more than the participants who slept 7-8 hours each night. The study also found that 7.8 hours of sleep each night was the optimal amount needed for men to take the least amount of sick days, while for women it was 7.6 hours.

Currently in Finland, the employers or employees are reimbursed with a “sick allowance” for 10 or more days of missed work due to an illness. Amazingly, Lallukka found that if people could consistently sleep 7-9 hours each night, businesses and the government could reduce sick day costs by up to 28%.

“The consequences for the employees and individuals suffering from poor sleep are loss of well-being, health and work ability, and at organizational and societal level, the costs of poor sleep are high not only due to sickness absenteeism, but also sickness presenteeism (e.g. working sleep deprived),” Lallukka said in an emailed statement. “It would be good to increase awareness of the importance of healthy sleep patterns, and aim to detect sleep disturbances at early phase to prevent them from becoming chronic.”