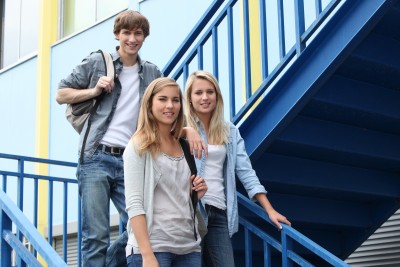 Any parent of a teen knows that they can be moody and unpredictable seemingly all the time, but research shows that a little more sleep can help regulate this and more.

The research was conducted at a school where they pushed back the start time from 8:00 to 8:30 am, but did not end later by making small 5-10 minute changes to the class schedule. The participants reported an average of 45 minutes increase in sleep duration on school nights.

Furthermore, students reporting less than 7 hours of sleep went down 79%, and those reporting 8 hours or more went up from 16% to 54%. While only 11% reported getting the suggested 9 hours of sleep per night, most of the students improved their quality of sleep measurably.

The health center at the school that participated noted a 56% reduction in requests for “rest passes” during the study. The amount of students reporting to the health center for fatigue-related reasons dropped from 15 to 5 percent.

Teachers noticed the change as well, reporting a 36% reduction in class absences and lateness. The students even noticed that they were in better moods, more motivated, and had reduced daytime fatigue.