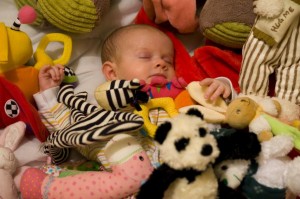 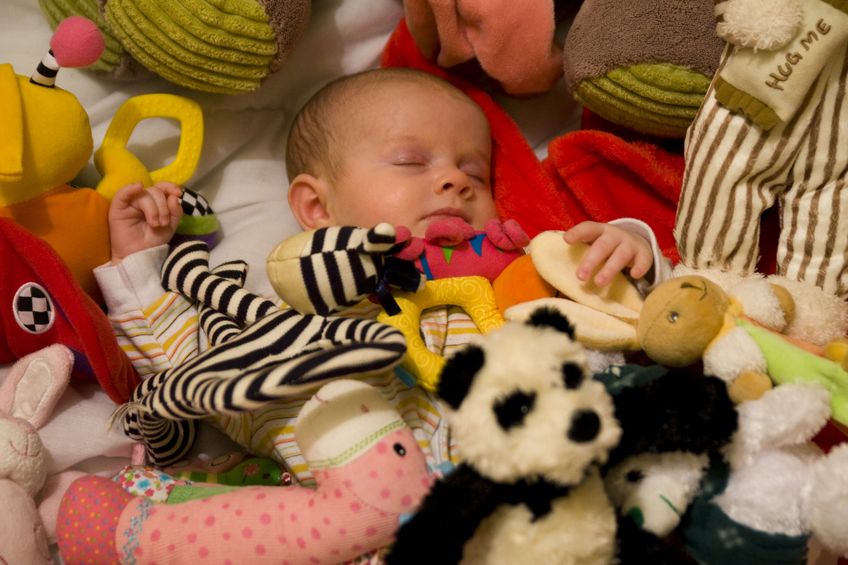 From the moment new moms give birth to their bundle of joy, their relationship with sleep changes drastically. Babies don’t play by the same sleep rules, as they don’t know day from night, eat at all hours, and always sleep better when being held. Besides the overwhelming feelings of love for new baby, there is also a lot of fear of making a mistake.

According to a recent survey that polled more than 4,500 moms with infants ages 1 or younger, three out of four moms worry about sudden infant death syndrome. 96% of moms know exactly what they should do in following the message supported by SIDS research: Put your baby down alone, in an empty crib, on his or her back. However, parents are still making some risky mistakes:

-3 out of 4 Moms have placed an item such as a stuffed animal, or a blanket inside the crib with their child

-1 in 4 Moms have placed their infant on their stomach to sleep, with 47% doing so when the risk of SIDs was at its highest, when a baby is under 3 months old

-65% of moms have slept in a bed with an infant, which raises the risk of death 40-fold, compared to infants sleeping in cribs

-53% of moms have shared a couch with an infant

According to the  most recent data concerning SIDS in 2010, 3,610 children under the age of 1 died of sudden unexpected infant death, which includes SIDS, accidental suffocation and accidental strangulation in bed.

Parents are still being strongly encouraged to try to get their babies sleep on their own in a crib or use a co-sleeper that attaches to their bed. It is also important to resist the urge to place a blanket over a baby or give them a stuffed toy animal to snuggle.

It may be tough at first but, consistency, staying strong, and providing safety are skills that parents will use time and time again. Early practice before those teenage won’t hurt a bit. Congratulations on your new bundle of joy, knowing your baby is sleeping safely is a sure way to help you rest easier!

What Your Sleep Pattern Says About Your Love Life
Should Sleep Be Prescribed For Metabolic Disorders?