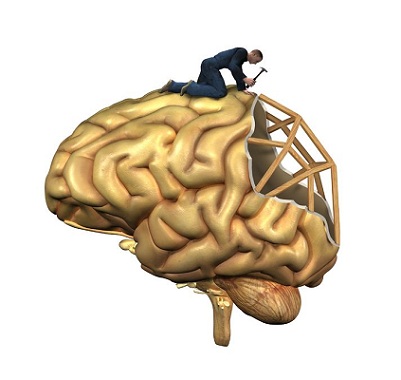 The dangers of not having your sleep apnea treated should not be taken lightly, including risks of health conditions, brain damage and an earlier death. However, there is great news for people who are worried about the damage already caused by the sleep disorder.

A new study is the first to show that the white matter damage inside the brain caused by sleep apnea can be reversed with the use continuous positive airway therapy (CPAP), the most common treatment for the condition.

Published in the September issue of the journal Sleep, patients with severe sleep apnea that hadn’t been treated, the researchers found a reduction their white matter in various areas of their brains. The damage was also responsible for impairments affecting their moods, cognition and daytime alertness.

3 months of CPAP therapy was only responsible for limited improvements to the brain, but 12 months of CPAP almost completely reversed any damage to brain structures.  Treatment also caused lead to significant improvements on each patients’ mood, alertness, cognitive tests and overall quality of life.

The study included 17 men, with an average age of 43, who had severe, untreated sleep apnea, comparing them to 15 healthy controls of the same age. Those with sleep apnea were evaluated at before their treatment, and after both 3 months and 12 months of treatment with CPAP therapy.  Each evaluation included a neuropsychological evaluation and a diffusion tensor imaging examination, which measured the flow of water through brain tissue.

“We are seeing a consistent message that the brain can improve with treatment,” said study co-author Mark Aloia, PhD, Associate Professor of Medicine at National Jewish Health in Denver, Colorado, and Senior Director of Global Clinical Research for Philips Respironics, Inc. “We know that CPAP therapy keeps people breathing at night; but demonstrating effects on secondary outcomes is critical, and brain function and structure are strong secondary outcomes.”