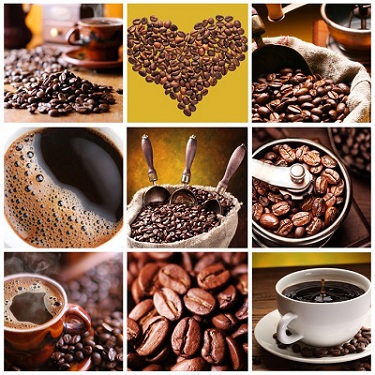 Caffeine can easily be named America’s favorite drug, but its negative effects on sleep are often overlooked by many. This commonly used stimulant is everywhere, including coffee, soda, energy drinks, green tea, chocolate and even some over-the-counter medications.

Recently, NBC News reported that adults in the U.S. are only sleeping on average 6 hours and 31 minutes during the week, bringing us a little under the recommended sleep time of 7-9 hours each night. With more than half of the population drinking coffee every day and 60% of those coffee drinkers being dependent on it to start their day according to Statistic Brain, we’d say it looks like our love of coffee may be one of the obsessions holding us back.

Based on their results, study researcher at the Henry Ford Sleep Disorders and Research center, Dr. Christopher Drake recommends not consuming any caffeine after 5pm or earlier if you can help yourself.

Not sure if you can cut back on your caffeine addiction? Try these tips recommended by Everyday Health to lower your caffeine consumption:

1. Know the ingredients of what your consuming, some foods or drinks may contain caffeine that you weren’t aware of.

2. Decrease your intake gradually. It’s best to slowly consume smaller quantities over time than attempting to cut out all caffeine.

3. Water down the drinks you know contain caffeine. This way you can still enjoy your favorite drinks, but you’ll be consuming less caffeine.

4. Try switching to something with less caffeine like tea.

6. Take a moment to consider if you really need that additional late morning cup of coffee, it may just be a habit.

7. Brew tea for less time to lessen the caffeine amount.

8. Use a smaller cup vs. a cup that can hold multiple cups of caffeine at once.

9. Alternate between 1 cup of coffee and 1 cup of tea, or 1 can of caffeinated soda and 1 can of non-caffeinated.

10. Check your pain-relievers as some do contain caffeine.

Remember that caffeine can stay inside your body longer than you want it to, taking 3-7 hours to get rid of just half a dose. Too much caffeine not only limits your sleep, but it puts you at risk for headaches, irritability, nervousness and anxiety, and who wants that?