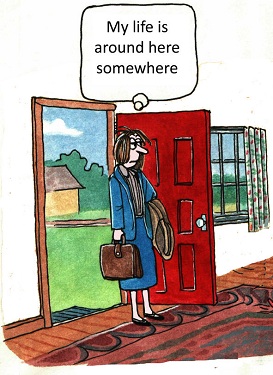 Shift workers may have a lot more to worry about than their rotating schedule or unusual hours getting in the way of their plans. Their irregular sleep pattern may be contributing to the results of a new study review, which found that shift workers who work overnight or have inconsistent schedules are more likely to develop type 2 diabetes than those who work during the day.

Published online July 24 in Occupational & Environment Medicine, the review was led by Zuxun Lu of the School of Public Health at Tonji Medical College in China. The research team estimates that 380 million people in the world will have type 2 diabetes by 2025, which is why this is a public health issue they wanted to investigate.

To conduct their review, the research team searched scientific databases for studies relevant to shift work and diabetes risk. 12 international studies were used with a total of 226,652 study participants, with 14,600 of them having diabetes.

Overall, shift work for any period of time was associated with a 9% increased risk of developing diabetes. For men, the risk rose to 37% after taking a look at other factors including gender, study location, job and family history.

It was also found that the study participants who worked a rotating shift, in which they began work at different times of a 24 hour cycle on a regular basis rather than a fixed shift, were associated with the highest risk of 42%.

Many other health risks that have been associated with shift work including certain cancers, digestive disorders and cardiovascular disease. Diabetes may be next in line to be officially added to the list.

It’s important to know the risks of going without sleep or keeping an inconsistent sleep schedule.  Always try to get tucked in around the same time each night to help keep your circadian rhythm in sync to decrease your health risks. Realistically, your sleep journey won’t be perfect, but it’s certainly deserves your best efforts!

Is It Nap Time Yet?
Quiet on Floor for Better Sleep in Hospitals