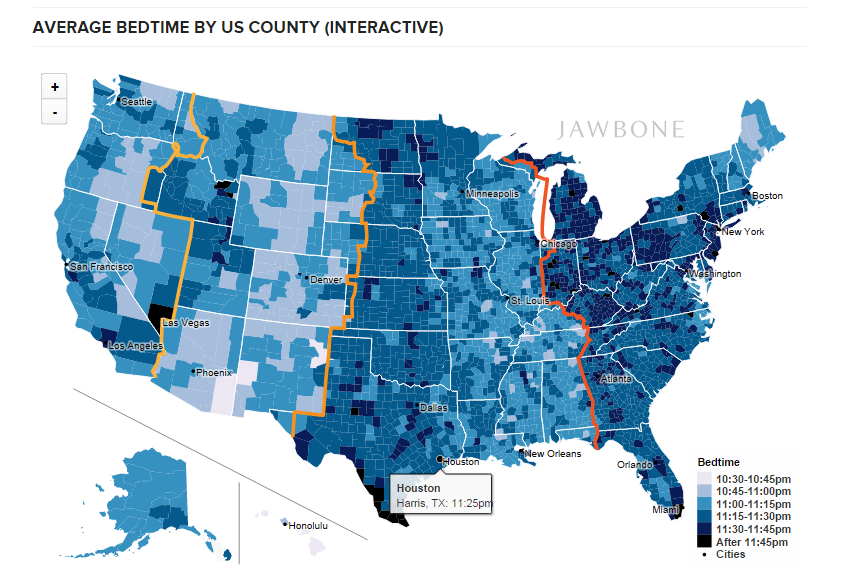 That’s the question that Jawbone recently answered while tracking movements and sleep patterns around the nation earlier this year. Thousands of Jawbone UP device wearers had their data collected to find out the bedtimes in every county of the United States.

The results show that there is a significant difference between the bedtimes of people who live in major cities and those who live in more rural areas. People who reside on the far edge of the western part of the country tend to go to bed later, compared to the earlier bedtimes of people on the eastern edges. This shows what scientists have been studying for years; daylight plays a role in our sleep.

The visually stunning graphic was created by Principal Data Scientist Brian Wilt (click here to view the interactive version) and what did we learn from it?

Party cities are true to their name:

The results also show that Texans don’t sleep until well after 11 pm, with Houston tucking in at 11:25pm and Dallas calling it a night at 11:29pm. It seem as though we all could use a little more sleep, what time do you do to bed?