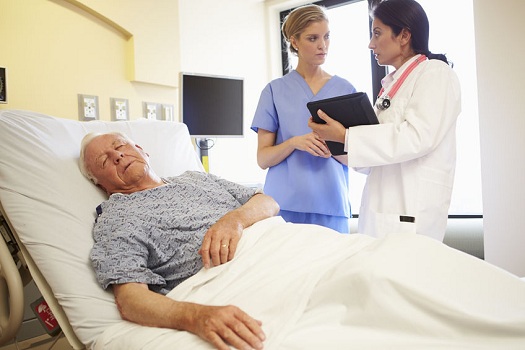 Sleep apnea continues to make the headlines, and for good reason. The sleep disorder has been linked to numerous health risks, including diabetes, cardiovascular disease, dementia and earlier death.

A new study of patients in the hospital with both sleep apnea and heart disease has revealed that treating the sleep disorder with positive airway pressure (PAP) therapy is effective in reducing 30-day hospital readmission rates and emergency department visits.

As the first of its kind, the study used 104 consecutive patients who report symptoms of sleep apnea while they were being hospitalized for a cardiac condition, such as myocardial infarction, arrhythmias or heart failure.  An official evaluation showed that 78% of the hospitalized patients had sleep apnea, with 20% having central apnea and 80% being diagnosed with obstructive sleep apnea.

Participants who were diagnosed with sleep apnea were started on PAP therapy, with proper treatment defined as using PAP therapy 4 or more hours each night on at least 70% of nights. 30-day hospital readmission was defined as a being hospitalized again or returning to the emergency department for any cardiac condition more than 48 hours after being initially discharged.

The results show that none of the cardiac patients with sleep apnea who had adequate adherence to PAP therapy were readmitted to the hospital or visited the emergency department for a cardiac condition within 30 days from discharge.  On the other hand, 29% the cardiac patients who did not receive PAP therapy, returned to the hospital being re-admitted or making a trip to the emergency department, compared to 30% of patients who partially used PAP therapy.

“Severe sleep apnea is solidly associated with serious cardiovascular outcomes, such as heart failure, heart attacks, and heart-related deaths,” said American Academy of Sleep Medicine President Dr. Timothy Morgenthaler, a national spokesperson for the Healthy Sleep Project. “This study is a clarion call to detect, diagnose, and especially to treat sleep apnea in patients who are hospitalized for heart problems.  Doing so is a win-win-win move; it improves the patient’s quality of life, improves health outcomes, and reduces the resources used to manage heart diseases.”