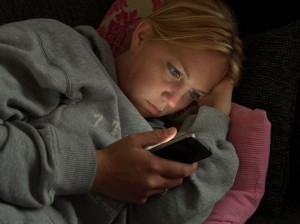 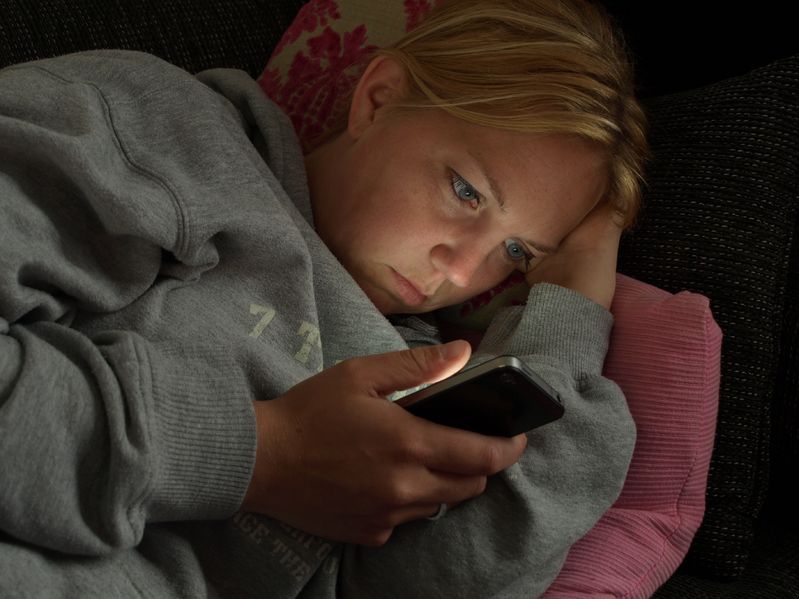 Do you spend time on your phone in bed after turning off the lights, but before going to sleep? By now, we are sure that you have heard that watching television before your bedtime can negatively impact your sleep. Smartphones are also a new distraction that we just can’t seem to put to down until the last moment before closing our eyes.  A new two part study reveals that using your smartphone late at night robs you of energy in the mornings, reducing your ability to be effective and engaged at work.

The first part of the involved 82 upper-level managers who answered numerous surveys every day for 2 weeks. The questions were about their smartphone usage for work activities, sleep quantity, sleep quality, how they engaged at work and feelings of exhaustion.

Using a smartphone after 9 pm was linked with poor sleep quality, which in turn was linked with morning exhaustion, low energy in the mornings, and subsequently, poor engagement at work. Smartphone usage created a domino effect of negative consequences.

Researchers surveyed 161 employees that worked in various fields for the second part of the study. The questionnaires were given the same way as the first of the study, but it included questions regarding usage of other electronics such as TV, computers and tablets.

The results were the same as the first part of the study except, smartphone use was shown to more negatively impact sleep than the use other electronics. Study researcher Russell Johnson, suspects that it is because smartphones are so mentally engaging.

Shutting down your electronics an hour before bedtime is a part of practicing good sleep hygiene. We know that texting, apps, emails and games are tempting, but we believe you can do it! Set an alarm to make sure you don’t get too distracted using your phone tonight!