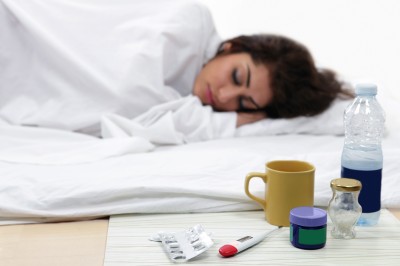 Achieving less than optimal sleep can put you at a much higher risk of catching a cold, research shows. Sleep deprivation has been linked to numerous health issues, including the body’s ability to fight off bacteria and viruses.

Participants who faced as little as 25 minutes of disrupted sleep were found to be over five times as likely to catch a cold as opposed to participants who slept well throughout the whole night. The researchers believe that the sleep deprivation interferes with the body’s immune system and it’s ability to regulate itself.  Participants who slept longer and more efficiently were much more likely to keep the bug at bay.