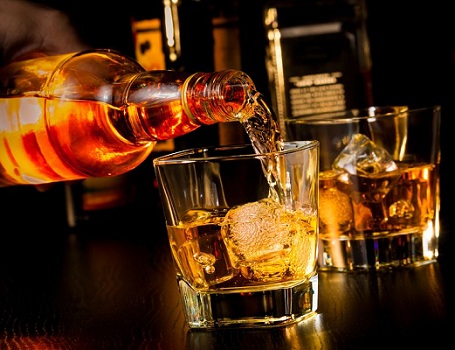 After a long hard day at the office, a nice glass of wine or shot whiskey can easily become a part of your bedtime routine. However, alcohol and high-quality sleep simply don’t mix.

The Huffington Post shared the results of a review of 20 studies that was conducted in April of 2013. By analyzing data from 500 volunteers who drank in the name of science and then slept in sleep lab for brainwave recordings, researchers learned the why alcohol is so disruptive to shut-eye.

Too much alcohol interrupts REM sleep, which is important for memory and concentration. As alcohol wears off during the second part of the night, sleep is disrupted, often times causing people to wake up. Sweating, feeling anxious, and nightmares are all common when alcohol and sleep interact. Other things you should know before you decide a nightcap is the way to go are:

Frequent trips to the bathroom are a consequence: Alcohol is a powerful diuretic; those extra urges to go the bathroom aren’t all in your mind. And keep in mind that an effort to soak up alcohol with fried foods and prevent a hangover, doesn’t work. It just leads to acid reflux and other sleep problems.

For women, drinking is especially disruptive: In a 2011 study, researchers had participants drink until everyone was equally intoxicated (drinks were adjusted for gender and weight, while intoxication was measured by breath alcohol content. Female participants stayed awake longer, woke up more times during the night and overall slept less, compared to men. Women metabolize alcohol more quickly, which means the sedative effects of alcohol faded quickly, causing them to arrive at the second, fragmented part of sleep faster.

What we eat and drink throughout the day does have a huge impact on sleep, especially the closer we get to bedtime, be careful what you’re consuming!