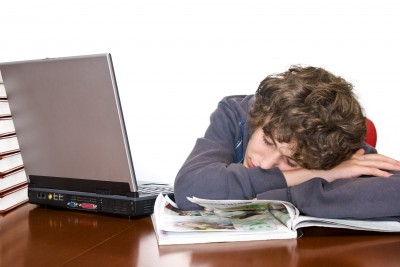 A new study has found that letting teenagers sleep in on the weekend may be beneficial for their neurological development. The research was completed at the University of California at Davis, and included monitoring the brain activity of 67 adolescents going through puberty.

Brain “pruning,” is a process wherein which the mind undergoes structural changes that allow it to handle advanced thinking. Pruning is at its highest between the ages of 12 and 16 and a half, and occurs while in the REM (rapid eye movement) stage of sleep.

Irwin Feinberg, M.D., was involved with the research and commented on the results of the study, saying they, “confirmed that the brain goes through a remarkable amount of reorganization during puberty that is necessary for complex thinking”.

Thus, it is very important that teens get enough rest. With demanding schedules during the week, that can lead to a lack of necessary sleep, some adolescents may be able to make up for lost ground on the weekends.

Dr. Sarah Blunden who has been researching children’s sleep for 10 years gave her thoughts on teens’ sleep health, “The vast majority of teens say they are sleepy. The consensus is they don’t sleep enough during the week so they catch up on the weekend by sleeping in but that makes them sleepy later at night and by Monday they still have to get up early for school.” But, it may not be fulfilling their needs, as she explained, “My hypothesis is they don’t recover on weekends enough and carry this residual sleep debt throughout the whole term.”

Should I Exercise Before I Sleep?
Have You Experienced Any of these Bizarre things in Your Sleep?