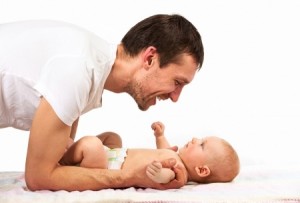 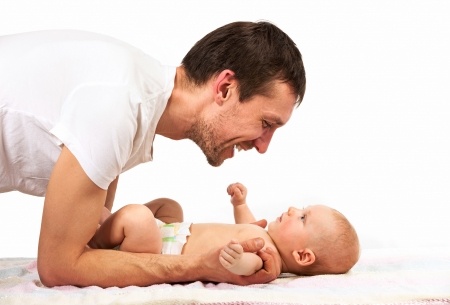 Dads sharing a bed with their babies could be decreasing their levels of testosterone. Researchers think the decrease may have an effect on how welcoming the father is to bed sharing as a parent. Study author and Notre Dame Anthropologist Lee Gettler, noted that there is a growing body of knowledge linking men’s involvement in child care to lower testosterone levels. Gettler’s study was the first to identify a link between co-sleeping and men’s hormones.

Gettler and other researchers analyzed information from over 360 fathers living in a large city in the Philippines where sharing the same room or bed is a common practice. More than 90% of those in study said they slept on either the same mattress or mat with their children. The remaining fathers either slept in the same room as the baby or were solitary sleepers. A saliva sample was taken before and after bed, and researchers found that the fathers who shared the bed had the lowest testosterone of all the participants. An explanation could not be found but, the hypothesis is that a certain smell could affect the production and effectiveness of the hormone.

Fatherhood is a great opportunity to be a part of the development process of a new life. We live by the quote; “The essence of living is giving,” at Gallery Furniture!