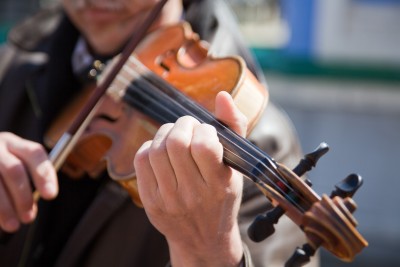 A study in the journal Psychology of Music found that musicians who get sleep after learning a new song are more likely to remember the new tune and be able to successfully perform it. But, researchers also discovered that if the musicians learned two songs consecutively, then slept, their ability to play either one was reduced.

Sixty music majors were observed for the study, and they were separated into four groups. Songs were learned during the evening, and the participants then came back the next morning to recite what they had been taught. One of the researchers involved in the study, Sarah E. Allen reflected on their findings, “The really unexpected result that I found was that for those subjects who learned the two melodies, if before they left practice they played the first melody again, it seemed to reactivate that memory so that they did improve overnight. Replaying it seemed to counteract the interference of learning a second melody.”

She also mentioned how they noted that an area of the musicians’ brains that was involved in initially learning the melodies was active again while they slept. Another result found that if the participants practiced two similar songs, then replayed the first one, sleep improved their familiarity with the first one. Of implementing their results, Allen said, “In any task we want to maximize our time and our effort. This research can ultimately help us practice in an advantageous way and teach in an advantageous way.”

The Top 10 Most Sleep-Depriving Jobs
Alzheimer’s and Sleep; why the Correlation is Important