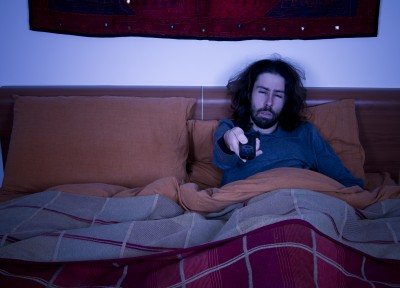 A study coming out of Ohio State University found that exposing hamsters to small amounts of light while they slept led to depression. Hamsters and mice are frequently used for research purposes, as their genetic makeup and behavior are very similar to that of humans. For their study, researchers exposed mice to an amount of light similar to that of having a television on in a bedroom.

For example, the subjects that were exposed to small amounts of light no longer drank as much sugar water as before. Researchers believe this was because they did not find as much happiness in the activity as before – an indicator of depression.

Changes were also seen in the hamsters’ brains. Tracy Bedrosian a researcher involved with the study spoke on that aspect of their findings, “The hippocampus plays a key role in depressive disorders, so finding changes there is significant.” Randy Nelson, who co-authored the study said of the results, “You would expect to see an impact if we were blasting these hamsters with bright lights, but this was a very low level, something that most people could easily encounter every night.”