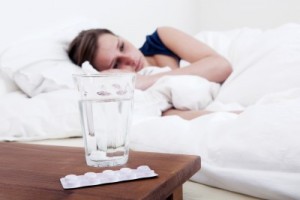 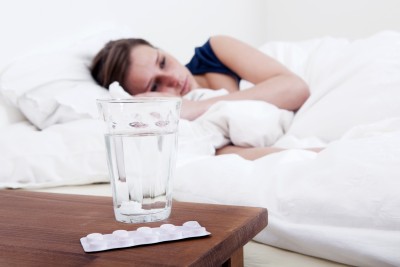 Inducing sleep can be traced back to ancient times. People used herbs, smoked opium and drank excessively to force themselves to sleep. It wasn’t until the second Scientific Revolution (16th-18th centuries) that formal chemistry introduced drugs that could knock people out.

During the 19th century, ether was used as an anesthetic and was abused by many. Doctors began to prescribe choral hydrate for insomnia. If a patient had severe insomnia problems, sometimes they were given depressants such as sodium bromide, potassium bromide and ammonium bromide. Morphine was also used as a pain reliever, an anesthetic and for recreational purposes.

The use of barbiturates became popular during the first half of the 20th century. Barbiturates were used to not only help people sleep, but to treat anxiety, control the unruly and for many psychiatric conditions. Often times patients  became addicted to the medication and overdosed. It became common knowledge that suicide could be committed by swallowing sleeping pills. Barbituates stayed in the public eye because of the pop culture of the time period such as the band, The Rolling Stones.

The 1960s brought the widespread use of benzodiazepines like Valium. Doctors felt more comfortable prescribing them because an overdose didn’t usually result in a coma or death without the combination of other drugs. Even today benzodiazepines can be prescribed for anxiety, insomnia and epilepsy.

Although antihistamines had been used as a prescription sleep aid since the 1940s, FDA approved antihistamines didn’t become an “over the counter” sleep aid until the late 1970s and early 1980s.

During the 1990s, drugs were introduced into the market specifically for insomnia. Due to the different chemical structure, the sleep medication had a shorter time in the body and patients experienced less side effects. These “non-benzodiazepines,” like Ambien and Sonata, still dominate the market today.

Currently, new insomnia medications are steadily being perfected. Melatonin agonists are very cutting edge compared to sleep aids in the past. These new drugs act like the body’s natural melatonin to shift the body’s internal time clock.

Spouses with Sleep Disorders: What You Can Do to Help
Shift Workers and Sleeping Better