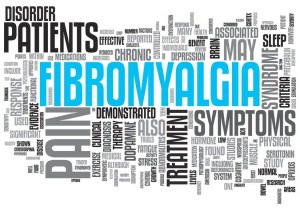 A small amount of pain can easily ruin a great night’s sleep  and patients with fibromyalgia know the struggles firsthand. Fibromyalgia is a chronic condition that affects the brain and spinal cord, causing people to feel pain, mental distress, and fatigue. The Huffington Post filled us on the 8 things that we all should know about sleep and the pain disorder:

1. Research estimates that about 2-10% of the population suffers from fibromyalgia.

2. 75% of people with fibromyalgia have issues with their sleep, with the most reported being a lack of non-restorative sleep.

3. Those with the health condition remain in the lighter stages of sleep longer, showing less sleep time spent in deep sleep, and they wake up more often during the night, compared to those without it.

5. Restless leg syndrome is found in more 50% of people with fibromyalgia, compared to the 7% found in the general population.

6. Interestingly, studies have shown that suddenly waking up a person in deep sleep with a loud noise or awakening consistently for 7-14 days, completely mimics symptoms of fibromyalgia.

7. A drug commonly used by patients with narcolepsy as it increases the amount of time spent in deep, sodium oxybate, is one that many fibromyalgia patients would like to made to available to them. However, the FDA has rejected the request of approval due to the risks, as the drug is similar to the drug GHB in its effects.

8. A study in 2013 found that sleep apnea occurred in 61% of male and 32% fibromyalgia patients. This dangerous sleep disorder is characterized by pauses in breathing during sleep but, treatment has been shown to improve sleep quality and reduce pain and fatigue.

If you are experiencing any type of discomfort during sleep, don’t hesitate to speak with a licensed physician. You can feel confident in the fact that treating any type of sleep issue has been shown to have a positive effect on numerous health conditions, including hypertension. Increase your sleep-quality for a better version of you and reap all the benefits daily!