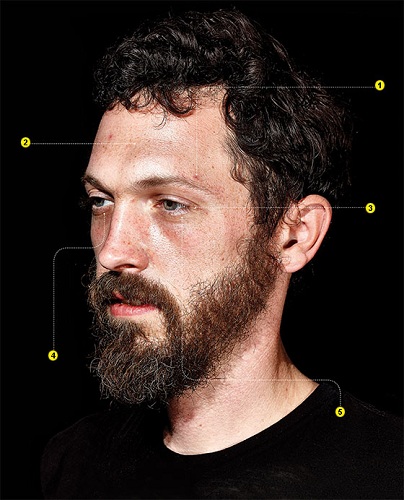 The consequences of chronic sleep loss aren’t invisible to the naked eye. Last year, 31-year-old Andrew Bunch shared this photo with New York Magazine after only getting about 3 hours of sleep from May 12 to May 15, 2014.

As the owner of Abunch LLC, Bunch was tasked with building sets for multiple events, including some for charity, an after party for CBS and a furniture show. His workload was so heavy that he admitted to working until about 3 am each night, sleeping for an hour at home and then getting back to work during the 4 day period.

His employees noticed how awful he looked along with his short temper, which was also a result of his lack of sleep. While he was happy to finish all of his projects, he was relieved to finally get to bed, sleeping a full 7 hours without disruption, but he felt horrible for days as he tried to get back on track.

Our stress hormone cortisol is released into our bodies in large amounts when we don’t get enough sleep. It can be credited with causing plenty of skin issues, as you can see pictured above:

While your appearance isn’t everything, it’s important to recognize the signs of sleep deprivation. You may be running on adrenaline, but your poor attitude, clumsiness, forgetfulness, low energy, and risk taking behaviors, all due to chronic sleep loss, may be negatively affecting those around you. Go to bed and reap the benefits of sleep!