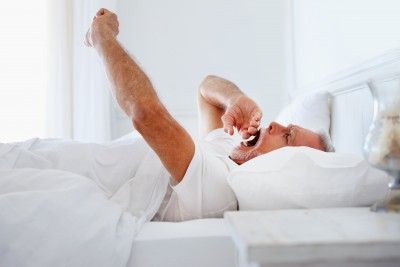 Many people complain that they have a harder time sleeping as they get older, and surveys have supported this in the past. However, a new survey suggests that healthy adults may actually sleep better as they age.

The 18-24 year olds also complained the most of tiredness throughout the day, with 65-69 year olds complaining the least. Participants over 70 noted a sharp rise in tiredness, but not sleep disturbances.

For both sleep disturbances and tiredness, women reported more complaints than men in all age groups. For both men and women, sleep problems during adulthood may happen because of habits formed during adolescence.

Adjusting for general health and depressed mood, reports of complaints of tiredness and sleep disturbances generally decreased over the life span.