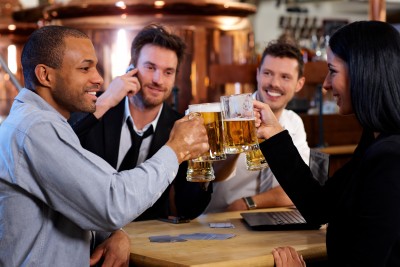 It is well-known that chronic drinking can lead to many different health problems, but researchers discovered that it can also disrupt your bodies biological clock. The bodies biological clock, or circadian rhythm, is controlled by a system of genes, and the system of circadian rhythm allows the body to control temperature, sleep/wake times, and more in order to survive.

By testing the levels of mRNA, a molecule that helps manufacture proteins, the study found that alcohol consumption disrupts the expression of the circadian clock genes. The lower the mRNA levels of the circadian rhythm genes, the worse the genes are operating.  These genes need to express or regulate appropriately or the organism, in this case the human body, will not be able to “program” normally. The test studied 22 alcohol dependent participants and 12 who were not dependent. The results show much lower mRNA levels in the alcohol dependent participants, and furthermore short-term treatment was ineffective in raising the levels. The study is the first of its kind to use a control group, not animals, to determine the effects of alcohol on the human biological clock.

The findings show that the alcohol can affect the circadian rhythm similarly to a dysfunction of the system, and could lead to problems with the sleep/wake cycle, or lead to depression or even cancer.