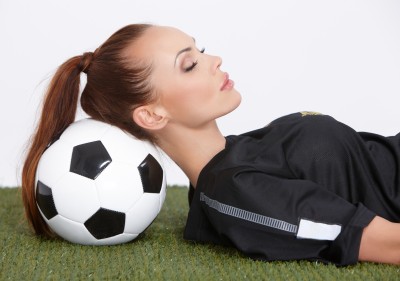 Excessive daytime sleepiness, or EDS, is a sure sign that someone is suffering from sleep deprivation, whether self-inflicted or due to a disorder.  For pro athletes, however, it may mean a shorter career as well.

Research of 55 randomly selected college athletes who ended up in the NFL show that only 38 percent of those who reported EDS remained with the team that drafted them initially. A study of MLB baseball players found that those reporting EDS had attrition rates of 57-86%, far above the 30-35% MLB average.

In games where milliseconds matter, EDS can be detrimental to the performance of an athlete. At the very least, a player suffering from EDS is less likely to improve in performance and to remain at the same level.

Contrary to sleepy players, a well rested player can improve in performance year after year.  Many teams are now beginning to implement extended-sleep programs into their team’s training regimens as part of a well-balanced lifestyle, including nutrition and exercise.

Even better still, a well rested athlete may actually be able to play for longer as well.  Sleeping more can help to prolong a player’s career by reducing injuries, improving reflexes, and more.

You Can Never Go Wrong With Gallery Furniture!
Sleep Is More Important Than You Think