Google paid homage today to the artist Winsor McCay famous for his masterful work on the comic strip “Little Nemo in Slumberland”. The comic strip was first published 107 years ago today to be exact, and appeared off and on from 1905-27 in various newspapers.

The story line of Little Nemo in Slumberland followed the adventures of a boy in his dreams. McCay’s cartoon was ground breaking, and a century later it is still considered to be pivotal creative excellence in the comic medium. A common criticism of McCay’s strip is that the dreamscapes and backgrounds of ‘Slumberland take precedence, while discarding the human/dream characters as secondary and one-dimensional. 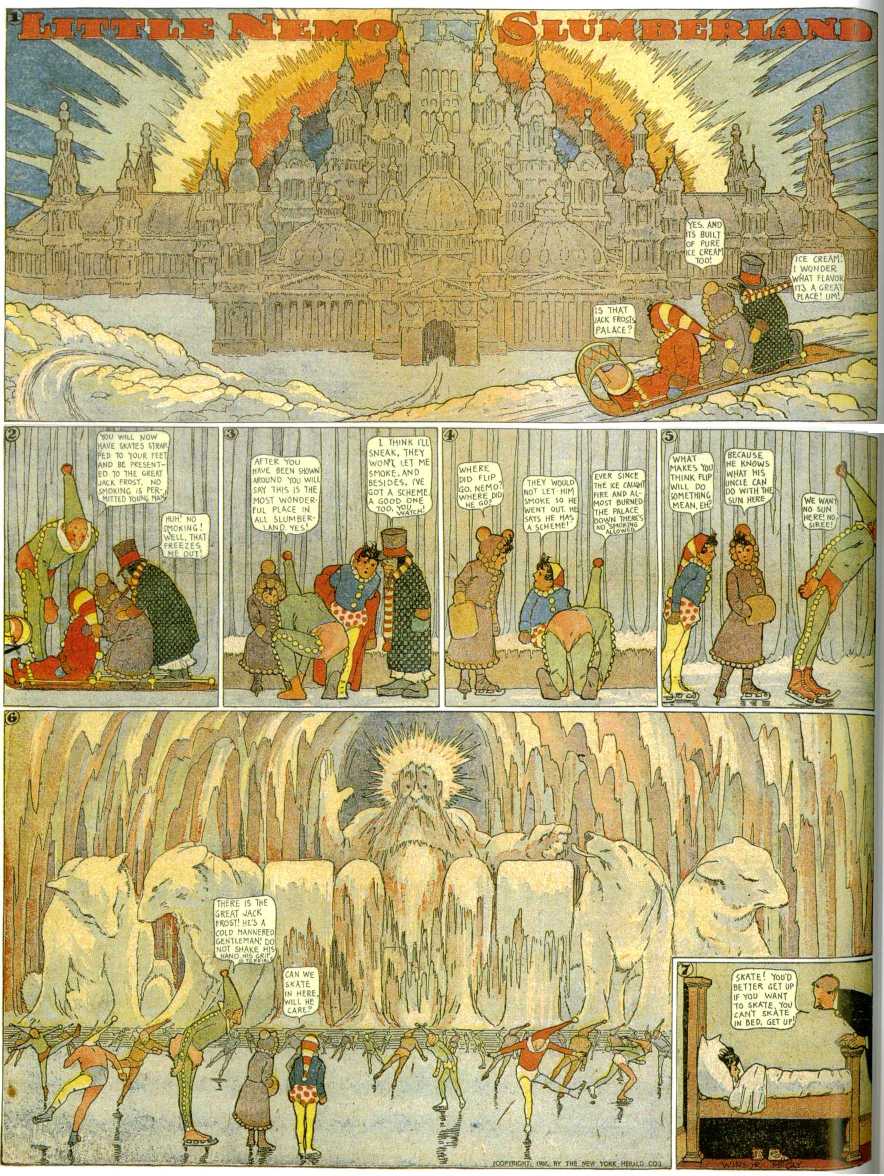 The most distinctive example of this critique is the lack of foresight used when adding the speech balloons to the comics. Bill Waterson of the Calvin and Hobbes fame is quoted as saying:

“To be perfectly honest, however I admire Little Nemo more than I actually like it. McCay was clearly more interested in his stage than in his actors, and a stage, no matter how grand, can’t carry a play. The inventive visual effects notwithstanding, I can’t read the strip without thinking how much more enchanting Slumberland would be if the characters, rather than the backdrops and costumes, advanced the story.”

Most critics tend to disagree, and in general the comic strip is reveled as a cult classic. Richard Marschall, the editor of The Best of Little Nemo in Slumberland wrote in the introduction to that book that Nemo’s name, translates in Latin to “No-One,” and it may have been a decision of McCay’s in order to keep the main character as anonymous as possible. Marschall continues to state that Nemo applies to the reader as the “every-man dreamer”. Bill Bedard is quoted online explaining:

“Slumberland itself is as much a character as any of the actors on its stage. When the strip was reinvented under a different name because of legal issues with the publisher owning the rights to the name of Little Nemo in Slumberland the strip name didn’t even include “Nemo.” Instead, it was penned as In the Land of Wonderful Dreams. Later, when the rights reverted and the strip was rebooted in the 1920s Nemo’s appellation did return. However, during the most popular Nemo strips (those taking place from 1908-1912) a main driving force behind action and narrative isn’t just the titular boy, it’s the world in which he finds himself.” 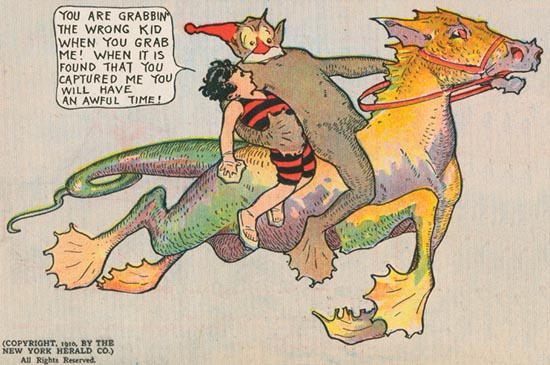 Regardless of your standpoint on McCay’s depth of vision, dreaming is not definitively understood today beyond speculation as much as it was not understood in Nemo’s lifetime. Sleep Passion would like to applaud Winsor McCay and show our gratitude to Google for bringing Little Nemo in Slumberland to light in front of a new time and audience.

Insomnia Can Lead to Costly Workplace Errors
Seasons Greetings and Best Wishes for the New Year!!!