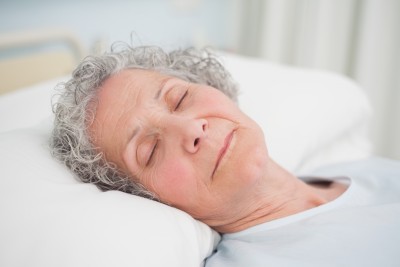 Despite popular belief, our quality of sleep actually increases as we age, according to a new study. It has previously been thought that seniors have a more difficult time sleeping than younger people. In a new study, researchers took a fine tooth comb to results from a Center for Disease Control and Prevention phone survey, in which 155,877 adults answered questions that could be used to assess whether or not they had a sleep disorder, as well as of what quality the sleep that they were getting was. Their findings indicated that, in general, older people tend to sleep better than young people.

Michael Grandner, a research assistant at the Center for Sleep and Circadian Neurobiology at the Perelman School of Medicine at the University of Pennsylvania, who led the study, said of the results, “This flies in the face of popular belief.” He continued, “These results force us to re-think what we know about sleep in older people – men and women.”

It is important to note that there was a small point around the ages of 40-60 wherein women, in particular, reported getting slightly worse sleep than before. However over a lifetime, sleep quality does appear to increase. Lastly, Grandner said, “Once you factor out things like illness and depression, older people should be reporting better sleep. If they’re not, they need to talk to their doctor. They shouldn’t just ignore it,”

A Terrifying Thing to Wake Up to: Sleep Paralysis
Sleepwalking is More Prevalent than Previously Thought