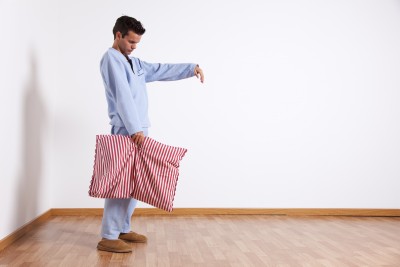 According to a new survey of almost 16,000 adults, close to 30% of them reported having sleepwalked at least once between childhood and adulthood. Interestingly, though, it is more likely that children sleep walk than adults. The participants’ ages ranged from 18 – 102 and were questioned via telephone about their histories with sleepwalking, and medication use.

A connection between prescription sleep aid drugs and sleepwalking wasn’t found in this study. But, those that were on antidepressant medications called selective serotonin re-uptake inhibitors, such as Sarafem, Paxil, Zoloft, etc., were over two times as likely to sleep walk. Furthermore, use over-the-counter sleep aids were found to increase the likelihood of sleepwalking.

Maurice Ohayon, director of Stanford University’s Sleep Epidemiology Research Center spoke on the results from the research, “You have a two and a half times higher chance of sleepwalking if you are taking an over-the-counter sleeping pill with diphenhydramine.” Additionally, he noted that there are not many studies regarding statistics of sleepwalkers. But, a study from 1983 indicated that just 2.5% of people sleepwalked.