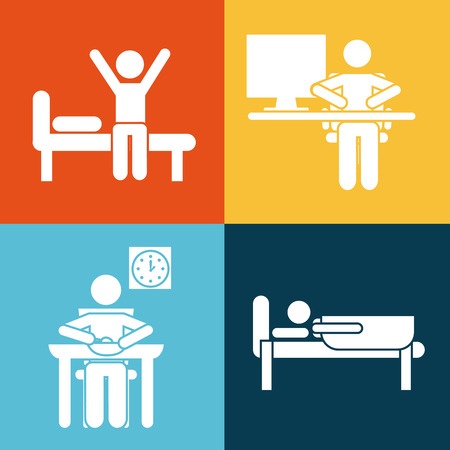 Our preferred sleep schedules are generally based on our genetics, with us being classified as one of two basic chronotypes. Scientists classify people who prefer to stay up late and feel more alert in the evenings as “night owls” and those who stick to early mornings and feel best during those times as “morning larks.” However, a recent study conducted in Russia says that scientist may be leaving out two other chronotypes.

The Research Digest reports that 130 volunteers were asked to stay awake for 24 hours without coffee or alcohol as they filled out questionnaires about their how awake they felt throughout the night, sleep patterns, and about how well they functioned the week before the study.

25 people made up a “high energetic” group who felt relativity energetic during both the morning and evening hours, while 32 people found themselves in the “lethargic” group as they reported feeling low energy during both the morning and evening. The people in these two groups also kept a bedtime that feel somewhere between the morning larks and night owl group’s bedtimes. High energetic volunteers slept 30 minutes less than the other 3 groups, collecting an average of 7.5 hours of sleep every night.

The study will be published in the January 2015 issue of the journal Personality and Individual Differences and was conducted by biologist Arcady Putilov and his colleagues at the Siberian Branch of the Russian Academy of Sciences.