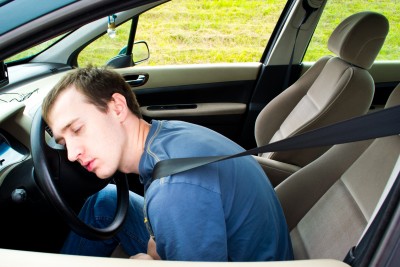 Dr. Mark Elliott led the study, which was conducted at the University Hospital in Leeds, England, and included 222 drivers total. 133 had sleep apnea, and were not undergoing treatment for it at the time of the tests. Another 89 participants did not have sleep apnea. He said of the methodology used to assess their skills at the wheel, “Driving simulators can be a good way of checking the effects that a condition like sleep apnea can have on driving ability.”

24% of the participants with sleep apnea performed poorly on the test—some were unable to finish it out. In comparison, 12% of those without sleep apnea failed the test. The drivers were graded on how often they drifted into the center lane, accidents that could be attributed to careening off the road, and avoidable crashes. “Our research suggests that people with the condition are more likely to fail the test,” said Dr. Elliott. Poor quality sleep during the night due to sleep apnea could be the root cause of the poor driving skills, as it often leads to daytime fatigue amongst sufferers.

Sleep and Sports: Next Up, the NHL
3 Things You May Not Know About Dreams!