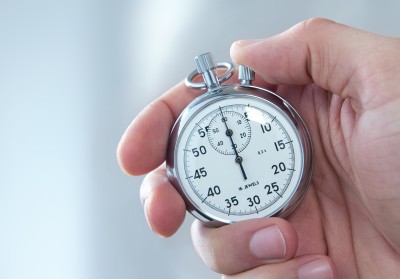 A study measuring cognitive performance in sleep deprived individuals shows that the more sleep deprived you become, the slower you are able to finish a task.  The amount of time you have been awake and what time of day you attempt the task can have an effect on the outcome as well.

Circadian phase, or the biological clock, was found to have a great effect on the timing of performance as well.  Researchers noted that the accuracy of performance remained unaffected throughout the experiment, it was simply slower.