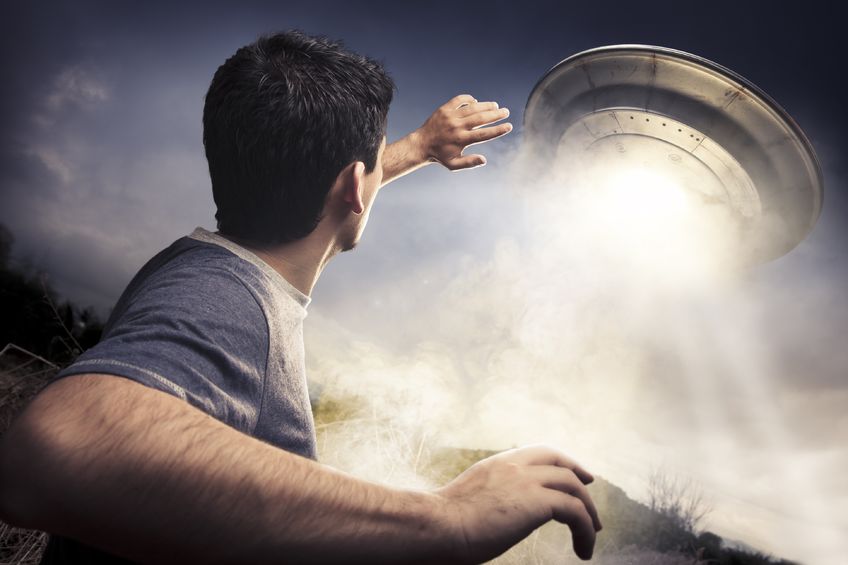 Are we alone? That’s a question that may or may not be answered in our lifetime, but with TV shows such as Ancient Aliens ,and popular movies like District 9 and Independence Day, the alien question may be unconsciously on a lot of our minds.

For years, we’ve heard reports from people who claim to be abducted by aliens; with some reports being so detailed we may have even considered them to be true. However, a study was conducted to prove that encounters with UFOs are really just products of the human mind.

According to Live Science, the sleep study involved 20 volunteers and was conducted by the Out-Of-Body Experience Research Center in Los Angeles.  The volunteers were asked to perform a series of mental tasks upon waking up or becoming lucid during the night, that would lead to an out-of-body experience that could be perceived as an alien encounter.

Lead researcher Michael Raduga, reported that more than half the volunteers experienced at least one partial or full out of body experience, with seven volunteers being able to make contact with extraterrestrials or UFOs during their dreams.

The goal of the study was to guide people into dreaming a realistic alien encounter to prove these vivid, lifelike dreams could be interpreted as real, thus providing evidence that alien abductions are products of our imaginations. Overall, 35% of the participants claimed to have made visual contact with aliens.

The topic of dreaming is always a fascinating. Researchers are working hard to unlock the mystery of our mental abilities during sleep. Have you ever had a dream that felt too real?