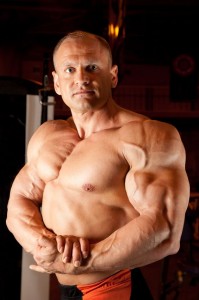 Snoring is a habit that shouldn’t be ignored, because these days we know that snoring is one major symptom of sleep apnea. Sleep apnea is a chronic sleep disorder in which a person stops breathing during sleep; it can be more than a hundred times a night.

The most common type of sleep apnea is obstructive sleep apnea (OSA), it occurs when the muscles in the back of the throat collapse, blocking the airway of the person asleep.

The following factors are increase the risk that your snoring is more than a simple annoyance to others:

Obesity: According to research, obese adults are 7 times more likely to develop OSA, compared to adults who are normal weight. Excess weight puts extra pressure on the tube between nasal and voice box passages which makes the small opening for oxygen even smaller.

Neck Circumference: You don’t have to be obese to have a larger-than-average neck, picture the physique of a body builder. Women with a neck circumference over 15 inches and men over 17 inches, have an increased risk for developing OSA.

Age: OSA affects all ages but, the risk of developing it increases as you age. It is common among older individual because of the normal aging process. We lose tone and elasticity with age, leading to the natural softening of tissue in the throat, increasing the likelihood of throat muscles collapsing.

Family History: This aspect points more toward the genetic physical characteristics inherited from your family. For example, your dad may have sleep apnea due to his narrow jaw. If you have your dad’s chin, you may develop sleep apnea as well.

Alcohol Use: Alcohol causes muscles to relax, and your throat muscles are no exception. It can cause OSA in a person who has never had it, and if you are an OSA sufferer it can extend sleep apnea episodes.

Race: Studies have shown that sleep apnea risk and severity differs by race. Theories suggest that it may be due to physical differences in the airways of different ethnic groups.

Gender: Middle-aged men are more likely to develop OSA than women of the same age. This may also be due to physical characteristics, as men are typically larger than women.

Knowing the risk factors for sleep apnea will allow you to make lifestyle changes where you can and, you will also be more likely to connect the dots in recognizing that you may have sleep apnea. Always consult a physician if you suspect that have sleep apnea. Find out symptoms of sleep apnea, here!