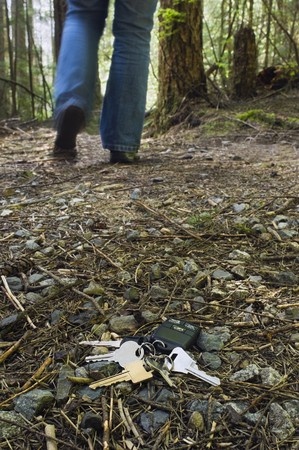 Having sleep apnea can diminish your quality of life. The sleep disorder been linked to daytime sleepiness, morning headaches, and it’s associated with plenty of serious health conditions, including obesity, diabetes and cardiovascular disease. And now, research from the NYC Langone Medical Center is suggesting that sleep apnea may have a negative impact on your ability to form new spatial memories.

Published in the Journal of Neuroscience, the innovative study obtained its results by demonstrating the sleep apnea disrupts rapid eye movement (REM) sleep, which in turn impairs spatial memory.

Led by Dr. Andrew Vargas, an attending physician at NYU’s Sleep Disorders Center and clinical instructor at NYU Langone, this is the first study to document the impact sleep apnea has on spatial memory. When you’ve forgotten where you’ve parked your car, directions to your favorite restaurant, or can’t find those keys again, that’s your spatial memory not doing its job. This is also the type memory that affects patients with Alzheimer’s disease.

18 participants with severe sleep apnea who were also being treated with continuous positive airway pressure (CPAP) volunteer to spend two different nights at a sleep lab as they played two different 3D spatial maze video games before and after sleep.

During one night, the participants used their CPAP treatment as they normal would, throughout the entire night of sleep. But, on the other night, the researchers reduced the CPAP treatment during their REM sleep phase, letting sleep apnea symptoms return.

Researchers found that the participants completed the maze 30% faster when aided by CPAP treatment versus their baseline examination, compared to a 4% slower maze completion time when REM sleep was interrupted.

Sleep apnea is characterized by pauses in breathing during sleep, sometimes occurring hundreds of times a night. If you suspect that you or anyone else has this serious sleep disorder, speak to a licensed physician or sleep specialist as soon as possible.