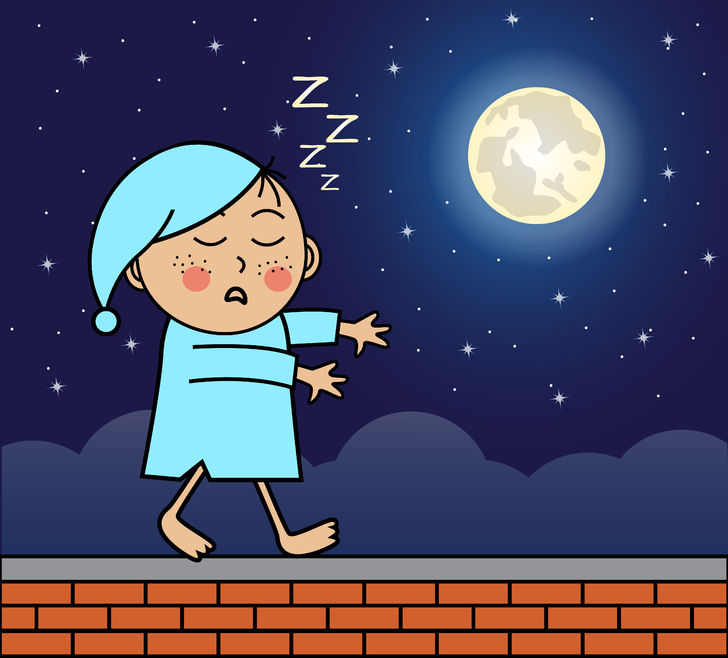 Children with parents who both have a history of sleepwalking are seven times more likely to a nightly stroll themselves, says new research.

According to an article published online this month by JAMA Pediatrics and shared by The JAMA Network, more than 60% of children born to parents who were sleepwalkers have the sleep disorder.

While sleepwalking is a common childhood sleep disorder, it normally fades away during adolescence years. Additionally, sleep terrors share many of the same characteristics of sleepwalking as they both occur mainly during slow-wave sleep, which explains why the research team included it in their findings.

Data from 1,940 children who were born between 1997 and 1998 was analyzed by study author Dr. Jacques Montplaisir of the Hopital du Sacre-Coeur de Montreal in Canada. Questionnaires were used to determine the history of parents and the presence of both sleepwalking and sleep terrors in their children.

22.5% of children without a parental history of sleepwalking developed the sleep disorder, compared to 47.4% of children who developed the disorder and had at least one parent who was a sleeping walker. The number went up significantly when both parents sleepwalked; bring the findings to 61.5% of among the children in the study.