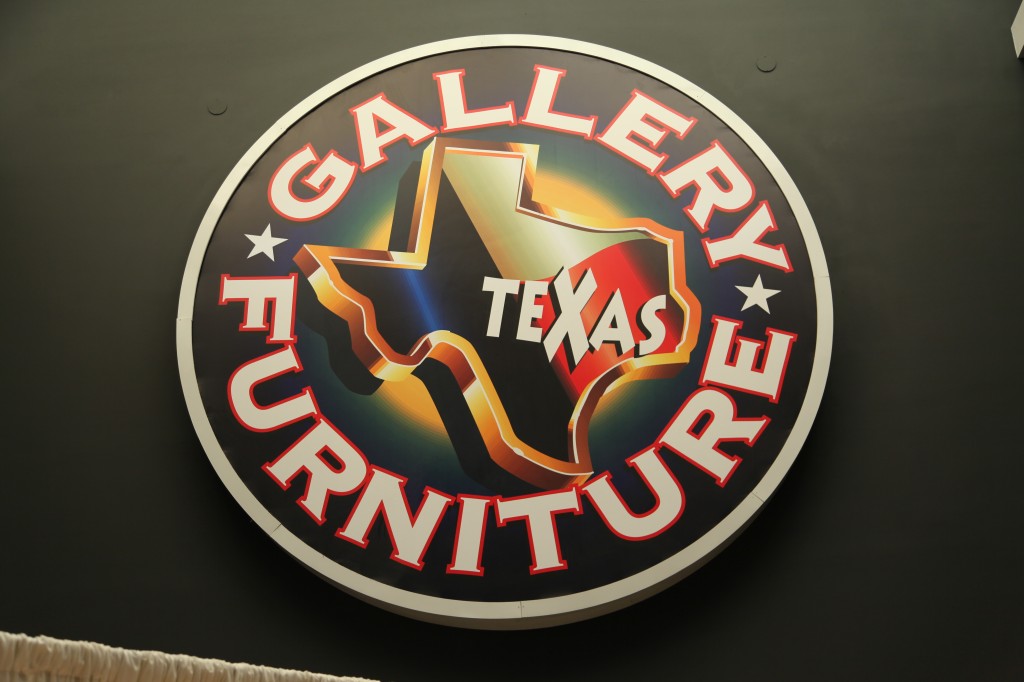 Recently, a couple of satisfied Gallery Furniture customers took time to share their furniture horror story with Mattress Mack, which he would like us to now share with you:

One day, Ron and Debbie Roesler of Katy, Texas went out looking for some brand new recliners. They decided to stay relatively close by, and they drove out on the highway prepared with their large heavy-duty truck. Out of the corner of their eyes, the Roesler’s noticed a shiny little light. The glimmering words “Rooms-To-Go” shouted for their attention, so they made the decision to stop by and check out the inventory of the store they spotted. As they roamed throughout the store, the Roesler’s noticed some recliners which appealed to them, and so they went forth to seek some assistance from the store’s employees.

Once an employee was gathered up, Ron asked him his first question. He asked the man if the two recliners that the Roesler’s were interested in were genuine leather. The employee, seemingly taken back a bit by the question, responded with an answer that would later make the Roesler’s regret stopping in. The store’s employee led both Ron and Debbie Roesler’s to believe that what they were buying was of the highest quality, claiming that the recliners were indeed “real leather.” After asking a few more questions and speaking with the “knowledgeable” employee a little longer, the Roesler’s asked about how to protect their investment, and the employee assured them that they had little to worry about. And so they made the decision to go home with some brand new furniture.

Almost immediately after their decision, problems arose that perhaps should have immediately alerted the trusting Roesler’s. The specific Rooms-To-Go location that they had shopped at had a large warehouse attached to it, and since they came with their big truck, the Roesler’s asked if they could take their new furniture home with them. The cashier responded with and answer that they did not want to hear. The cashier said that for the time being, the specific recliners were being held as “will call”, and that they would have to return 3 days later to pick up their furniture. The Roesler’s, with no other options had to unfortunately go home empty-handed.

Eventually the Roesler’s were able to go back to the store and were allowed to pick up their furniture. After just a short period of time having the recliners, some slight wear and tear became noticeable from just minimal, normal seating usage. The Roesler’s also quickly noticed fading on one of the recliners. However, since the store associate had assured them that the furniture would be covered, they felt as though nothing would be an issue. They re-packed the furniture and brought it back to the store. The Roesler’s clearly explained that the furniture had some slight wear and tear. A few employees looked over the furniture, and after some collaboration the employees approached the Roesler’s and informed them that the issues with their brand new furniture were not going to be covered under the store’s supreme warranty. Ron was slowly becoming infuriated, and before he lost his cool, he asked to speak with the store’s head manager. The employee sensed Ron’s anger and he respectfully took the Roesler’s towards the person in charge. Ron noticed two gentlemen seated in white shirts with black ties, one of whom he was pretty sure to be the person that he needed to speak with. Immediately a young lady stepped in the path of Ron and said that she was the person who handled all of the head manager’s concerns and issues. Unfortunately for the young lady, Ron was having none of it by this point, and stepped around her to speak with the manager. The man approached Ron and heard his issue. Ultimately the store manager said that there was nothing the store could do for their customer. Ron protested that the employee blatantly lied to their faces, and the manager merely looked the other way and said that the employee who assisted them no longer worked at the store. Angrily, Ron said to the man that he would never shop at a Rooms-To-Go store again, and The Roesler’s left displeased with no hopes of repairing their new furniture.

Upon getting home, Ron said that they should call the manufacturer directly. Once The Roesler’s got home with their furniture, they flipped their seat and looked everywhere for a label or tag. To their surprise; there was no product information, not even the manufacturer’s name was present which left them with the question, “Is this even furniture?”

Despite the horrific experience, The Roesler’s found a light at the end of the tunnel and restored their hope for buying furniture. Ron and Debbie found a new, brighter light, yielding the words “Gallery Furniture”. Inside they found a smart knowledgeable staff and excellent customer service, and not just a manager, but the owner right before them in clear site to say hello and help them with purchasing real furniture.

Ron and Debbie Roesler of Katy, Texas have vowed to never shop anywhere else but Gallery for furniture and they have shared their experience with Mattress Mack, and now ultimately; you.

At Gallery Furniture it’s all about our Great Houston and Texas Customers, so come on in today to see the difference for yourself, and avoid the unfortunate nightmare that The Roesler family experienced!

6 Great Ways to Enhance Your Sleep Every Night!
Daytime Sleepiness May Lead to Short Career for Pro Athletes