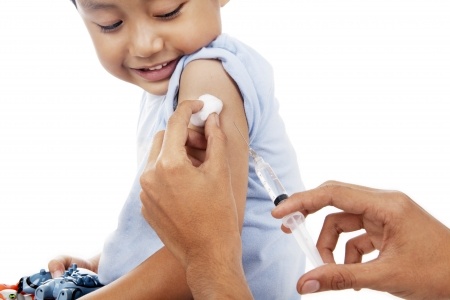 Missing out on sleep may weaken the effectiveness of vaccines in the body, says a new study published in the journal SLEEP.

This research is the first of its kind to look at sleep and vaccine effectiveness based on information gathered from people sleeping in their regular bedroom environment, as opposed being studied in a lab setting.

125 healthy adults between the ages of 40 and 60 were used in the study by researchers at the University Of Pittsburgh School Of Medicine. All the adults were vaccinated against hepatitis B, after making sure they weren’t previously exposed to the virus.

According to The Huffington Post, the hepatitis B vaccination occurs in 3 stages, with the first 2 doses given 30 days apart, followed by a third and final dose given 6 months after the initial vaccination. Vaccines work by exposing the body to a weakened or dormant virus of a disease. This stimulates the body’s immune system to produce its own antibodies to defend itself.

The researchers had the participants wear wrist monitors and keeping sleep journals measured sleep. In their journals, they recorded sleep amounts, and details on the quality of their sleep. The results were:

The findings indicate just how important it is to make sure you get at least 7 hours of sleep before any type of vaccination. A lack of sleep puts you at risk without you ever knowing it, making you more vulnerable to disease and infection.