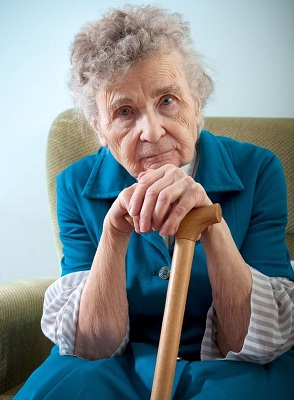 It’s no secret that sleep seems to be more difficult to obtain as people grow older. Difficulty falling asleep, staying asleep and waking up too early in the mornings are all common issues among the elderly, but why?

Along with stress, medical conditions, pain and medications, a new discovery by researchers from the University of Toronto and Beth Israel Deaconess Medical Center may explain why it’s so hard to sleep well as we age.

Published in this week in the journal Brain, the new study has found for the first time, a neurological reason for sleep disruptions, a group of specific neurons linked to sleep patterns, the ventrolateral preoptic nucleus, may be slowly dying off as the years go by.

The Chairman of Neurology at BIDMC and lead study author, Clifford B. Saper, M.D., Ph.D. and his team, first figured out that the ventrolateral preoptic nucleus was a “sleep switch” in 1996 during a study involving rats. The more of those special neurons that were lost, the more severe the insomnia was for the rats.

From there, the researchers developed a theory of to investigate if there was a similarity in humans. Data was reviewed from the Rush Memory and Aging Project, a long-term study of aging and dementia that began in 1997. It has been following nearly 1,000 participants who started out as 65-year-old healthy adults and will continue to be followed until their deaths. Their brains were then donated to science to allow for further research. Since 2005, each participant has been undergoing an actigraphic recording every 2 years by wearing a small actigraph device on their wrist for 7-10 days as it monitors their sleep.

45 brains of the study participants (with a median of 89.2 years of age at the time of death) have been studied and had their ventrolateral preoptic neurons identified and compared to their actigraph readings from the year before their deaths.

The fewer neurons an individual had upon their death, the more fragmented their sleep was before they died, with the results showing even more sleep impairment among the study participants with Alzheimer’s disease.

“These findings provide the first evidence that the ventrolateral preoptic nucleus in humans probably plays a key role in causing sleep, and functions in a similar way to other species that have been studied,” Saper reported. “The loss of these neurons with aging and with Alzheimer’s disease may be an important reason why older individuals often face sleep disruptions. These results may therefore lead to new methods to diminish sleep problems in the elderly and prevent sleep-deprivation-related cognitive decline in people with dementia.”

10 Things High-Quality Sleep Does for You
Which Cities Are Getting The Most Sleep?