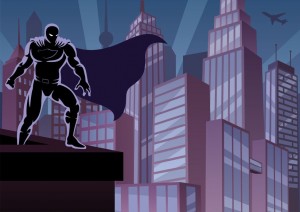 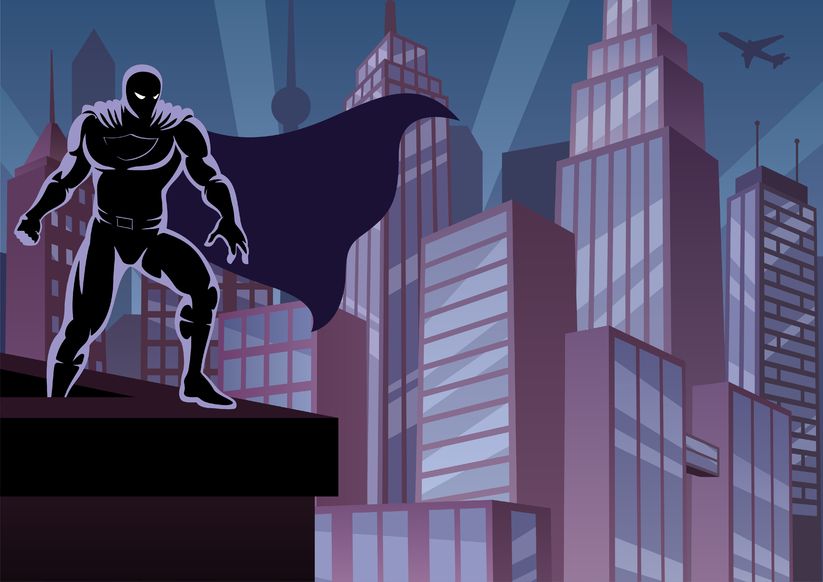 It can feel as though you are alone in the fight to get better rest but, 50-70 million Americans deal with sleep disorders. In addition, it should not be not surprising that even some the greatest of Superheroes deal with them as well. Dr. Christopher Winter puts sleep medicine studies to the test when he diagnosed several favorite characters who clearly have sleep issues:

Batman: Batman is a prime example of a person suffering from delayed sleep-phase disorder. Those with the disorder often have trouble relaxing in the evening in order to go to sleep, and love to staying up late. This problem makes it a struggle to wake up in the morning, creating problems like tardy arrivals. Bruce Wayne clearly suffers from this, as he is always working long hours at night in his cave or crime fighting in Gotham. Although is also employed by Wayne Enterprises, he does not seem to care about sleeping in.

If you sleep like Batman, you should set a strict wakeup time to get yourself up in the morning. Since you don’t have access to Bat Cave lighting in the morning, consider investing in a light box to help your brain process that it is morning. Just 10 minutes of bright lighting upon waking up will stop the production of the sleep-promoting hormone melatonin. Also remember, no computers or bright lights an hour before bedtime, as they stimulate the brain.

The Hulk: The Hulk is always excessively sleepy and cranky, which are symptoms of sleep apnea. According to the National Sleep Foundation, more than 18 million Americans suffer from sleep apnea, a condition in which person’s airway frequently collapses, causing pausing in breathing. Increased risk factors include obesity, a large neck size and the male gender, so it’s no surprise the Hulk is plagued with this disorder. When the Hulk changes back to Bruce Banner, he is always shown in a very deep sleep off in the woods or the mountains. Sleep apnea can also interfere with the proper secretion of growth hormone. Not being an expert on the exact chemical mutations that the Hulk has undergone and looking at his size, Dr. Winter can easily guess is that growth hormone is involved.

If you find yourself to also be dealing with these symptoms, you might have sleep apnea as well. It can be a serious factor in developing cardiovascular disease, suffering from stroke, diabetes, and obesity. Getting this disorder diagnosed and treated in important to your overall health. Consult with your doctor to see if you have signs of the condition.

Flash: The Flash is always moving his legs at unrealistic speeds, violating the laws of nature. His need to keep his legs moving show signs of restless legs syndrome (RLS). People with this condition always feel a need to move around. Although it is mostly in the evening and at night, 69% of the people diagnosed with the condition describe having symptoms throughout the day.

If you find yourself having the same problems as the Flash, talk to a physician or sleep medicine specialist who can give you FDA- approved medications to fight the symptoms and improve your sleep quality.

Wonder Woman: Wonder Woman flies around in a jet all day at over 2,000 miles per hour, so it should not come as a shock that she suffers from extreme jet lag. Jet lag has been shown to make life miserable after a long plane fight for either just a few hours to a couple of days.

Thankfully, there are many ways to fight this issue. Consider moving around your schedule so that everything syncs with your new destination. Light therapy and fasting during the travelling have also been shown to help. If ineffective, there are a multitude of medications that can help you adjust to your new location’s time zone faster.

Nightmare: This villain’s name Nightmare fits perfectly, as it is also something that his captives are forced to endure. Excessive dreaming and nightmares ruin sleep and can be indicators that you are suffering from another disorder. A major concern is that acting out nightmares can lead to injuries to the sleeper as well as their bed partner.

Anyone who has issues with staying put in their bed while they sleep should talk to their doctor immediately. In some cases, dream enactment can indicate the early stages of serious underlying disorders.

Unfortunately, for these heroes saving the world causes major conflict with seeing a sleep specialist, thankfully their superhuman abilities cushion their sleep problems. On the other hand, we aren’t superhuman and have to address sleep issues immediately. There are plenty of highly-trained professionals out there ready to help you use all of your powers to the fullest. Be the hero you want to be and amplify your brain power with better sleep!