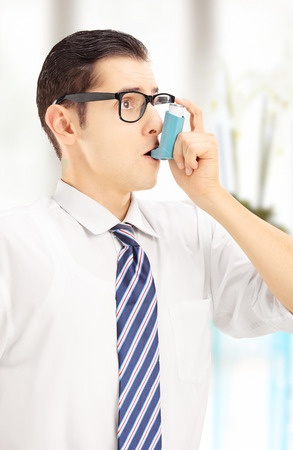 Obstructive sleep apnea (OSA) brings along serious health risks, and having asthma could increase your chances of developing sleep disorder.

Published in the January 13th issue of the Journal of the American Medical Association, Dr. Mihaela Teodorescu and her team found that the longer their participants had asthma, the stronger the risk was for OSA. The Wisconsin Sleep Cohort Study wasmade up of randomly selected state employees of different agencies who were between the ages of 30 and 60 in 1988. All of the participants did not have OSA at the beginning of the study, but underwent in-lab overnight polysomnography testing and answered questions regarding their health every 4 years.

“This study prospectively examined the relationship of asthma with OSA assessed with laboratory-based polysomnography and found that preexistent asthma was a risk factor for the development of clinically relevant OSA in adulthood over a 4-year period. Furthermore, the asthma-OSA association was significantly dose-dependent on duration of asthma,” the shared in their press release.

Obstructive sleep apnea is a characterized as multiple pauses in breathing during sleep due to blockage in the airway, occurring up to hundreds of times a night. As those pauses causes the person sleeping to lose oxygen, numerous health conditions put that person at risk for an earlier death, including heart disease, diabetes, and obesity.

The National Sleep Foundation recommends speaking to a licensed physician as soon as possible if you suspect that you have sleep apnea.