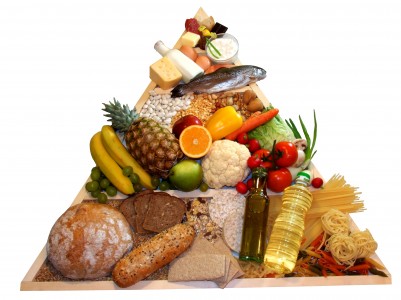 People that ate a smaller variety of foods were found to get less sleep, according to a new study. Dr. Michael A. Grandner of the University of Pennsylvania’s Center for Sleep and Circadian Neurobiology led the study, and commented, saying, “Overall, people who sleep 7 – 8 hours each night differ in terms of their diet, compared to people who sleep less or more. We also found that short and long sleep are associated with lower food variety.”

He and his associates reviewed survey answers from a National Health and Nutritional Examination Survey, specifically those relating to sleep and one’s diet. What they found, was that people who did not get enough water, carbohydrates, lycopene (typically found in tomatoes, red bell peppers and watermelon) slept about 6 or fewer hours a night. Those individuals were considered to be either short or very short sleepers. Another category consisted of people who slept for over night hours per night. They were likely to drink more alcohol and consumer less carbohydrates.

Dr. Grandner reflected on the implications of this research, “If we can pinpoint the ideal mix of nutrients and calories to promote healthy sleep, the healthcare community has the potential to make a major dent in obesity and other cardio metabolic risk factors.” However, at this time, it is unclear as to whether or not dietary changes possess the power to affect people’s future sleep habits.

The History Of The Mattress
Zolpidem May Help with Insomnia, but Hurt Elsewhere